another day with my massage appointments not til later in the afternoon...so while i'm listening to a john sandford audiobook (broken prey) and making a pot of spaghetti sauce...i thought i'd post a few pictures of the little wren...(OUR wren is camera shy! i copied this wren pic from online) 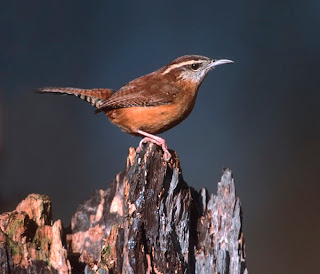 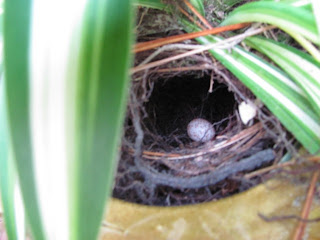 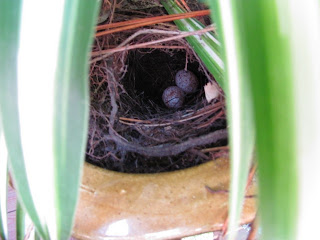 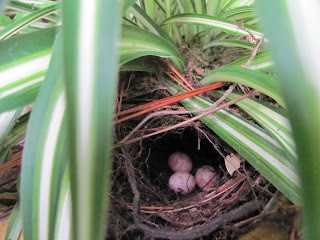 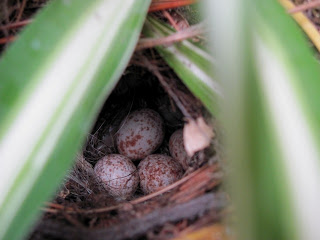 and finally...we noticed the little featherless hatchlings on 7.12.2010 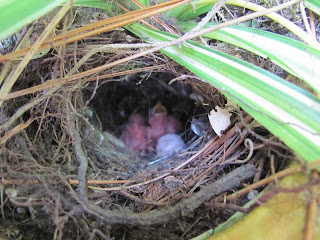 wow!!  what a shot, huh??!!  i've been trying to get a pic of the mom bird sitting on her eggs...but everytime i get close enough...she takes off!!  it also seems as though both mom and dad bird take care of the babies as they've been taking turns sitting on the eggs. and the whole time...they're both constantly gathering more nesting material. now we're just hoping that a snake doesn't find them, which is what happened 2 yrs ago. same spider plant...same wren (well, maybe not the SAME wren...but a wren all the same...)...made a nest... and when the babies hatched...we actually got a pic of the yellow rat just after eating them! ugh!
don't look at the following picture if you're easily grossed out! 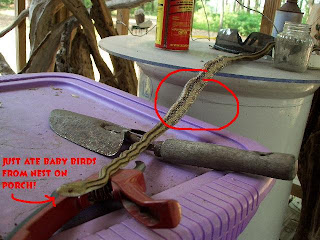 anyway...mother nature at work...will keep you posted on hatchlings progress!
now i have to get ready for work...seeya!
the following picture was added LATER....the baby birds are starting to get feathers
and their eyes are open!! 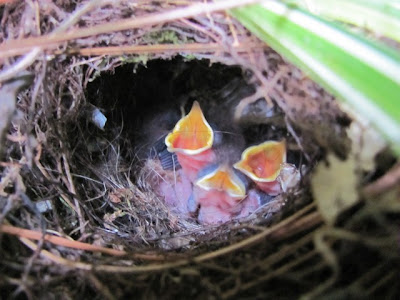 three of the four are obviously ready for mom!! FEED ME!!
Posted by laurak/ForestWalkArt :)