STILL
so many mushrooms... 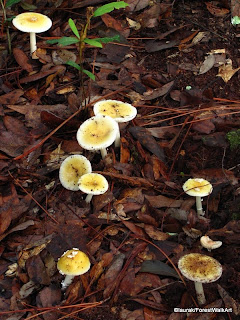 such a variety of colors, shapes, sizes... 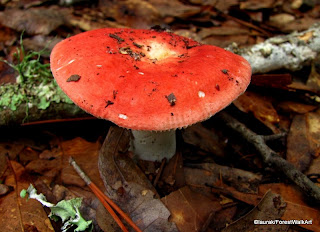 popping up all over the yard...at the edge of the woods. 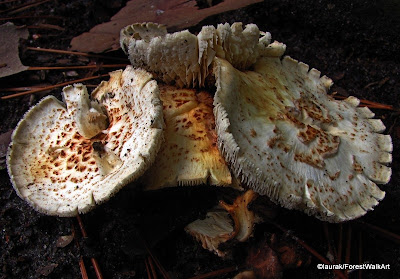 "You'll miss the best things if you keep your eyes shut."
~Dr. Seuss 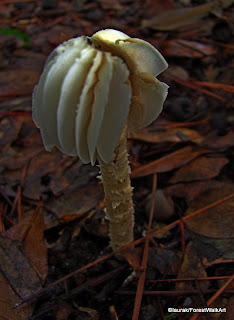 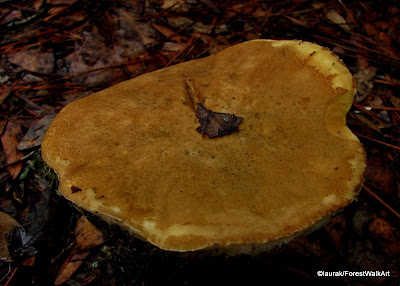 this one reminds me of a sea urchin. 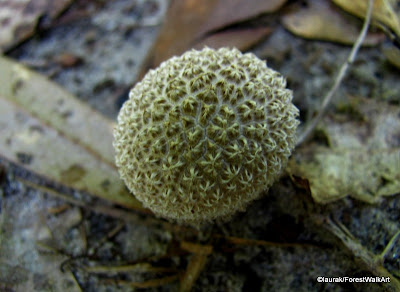 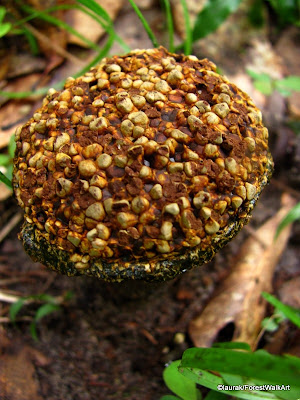 and
the
redundant
mushroom. 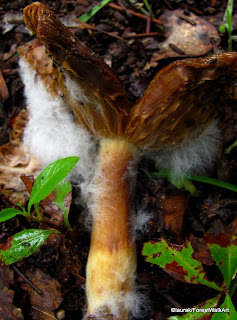 yesterday,  we went blackberry collecting again...
in the field...where the blackberries are growing wild all over the place.

it was so sunny...i couldn't see the butterflies on the camera's screen...
i was relieved when i uploaded them to the computer, and saw that they came out fine!

along one of the trails, i spotted this BRIGHT iridescent green beetle.
it was pushing something along...rolling it.
but it got scared when it realized i was there...and started to run.
it looked like animal POOP...that it was rolling along.
when i got home, i looked it up...
it's what i thought...
a DUNG BEETLE!
also known as a 'tumblebug'.
did you know they ONLY eat animal feces?!
after rolling & burying their dung balls, the females lay their eggs in them.
(when i hear the words Dung Balls in my head...i can't stop humming the  AC/DC song...
know which one i'm talking about?)
they're very beneficial to our environment,
as they eat what other animals leave behind.
they are useful recyclers!

Dung beetles can be found on every continent except Antartica!

the males have this horn on top of their heads!
they look pretty prehistoric...have a look...i think you'll agree. 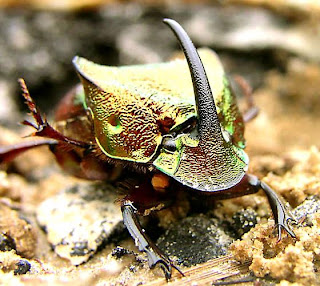 and one more tidbit of information on these amazing insects:
there is a species of African Dung beetle that navigates
by the polarization patterns of the moonlight.

ok...i have decided that these beetles are at the top of my list for LIKES of bugs.
they're good for the environment.
they look cool.
they have a fondness for poop.
(i need to clarify that...no, i don't eat poop. never have. but i DO take pictures of scat.)
and they have a connection to the moon.

OK...
back to the berries.
i got a little sidetracked.  i think these dung beetles are the coolest!

after collecting about 8 cups of blackberries...we headed home.
the yellow lantana had a few butterflies feeding.

SO with EIGHT cups of FRESH blackberries...
i found myself in the kitchen...again.
baking.
TWO cobblers. one for us and one for sam's mom. 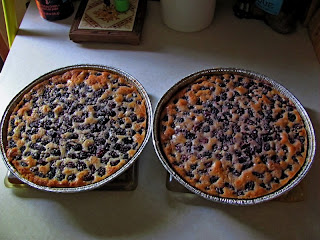 no, i haven't learned to enjoy baking...i'd rather be doing just about anything else.
but these cobblers ARE SO EASY...mouth watering-ly good...
especially warmed up with ice cream on top!  yum.

this is long enough.
i hope you made it to the end.
because milo has a gift.
she brought it to the back screen door.
well...cats do what cats gotta do.
poor lizard. 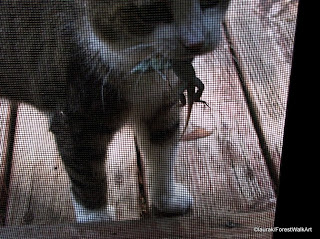 i asked her to please let it go.  she did.  good kitty.  and the lizard scurried away. whew.

"Prowling his own quiet backyard or asleep by the fire,
he is still only a whisker away from the wilds."
~Jean Burden