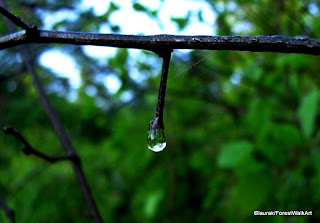 we've had lots of rain lately- which is a good thing
since we're usually in drought conditions.

the rain and the heat...the overall humidity...
means the ground gives birth to MUSHROOMS!
i love mushrooms.
we have such a variety...popping up all over...
i wonder if some are edible.

i think even if i had a mushroom ID book,
i still wouldn't pick them and cook 'em up...or add to salads.
would you?

anyway, i have tons of 'shroom pic's, but don't want to overload you.
so i've picked out some of the more unusual ones...
with a few lizards tossed in, just to add a little spice. 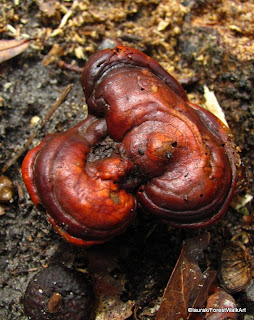 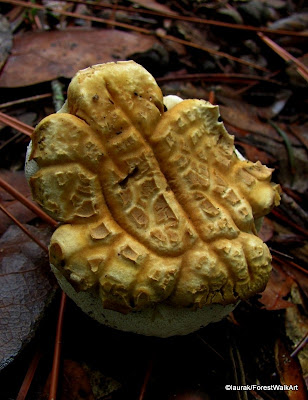 "Life is too short to stuff a mushroom."
~Shirley Conran 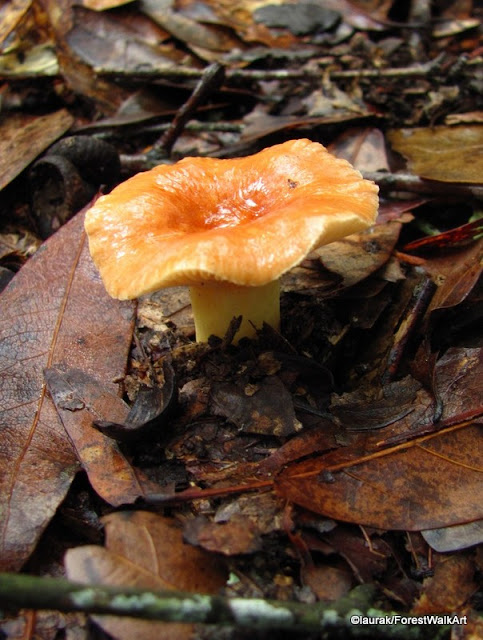 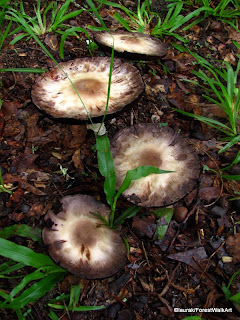 "I'm just some lunatic macaroni mushroom, is that it?"
~Joe Pesci

you may know i like to collect...bOnes.
i decorate some of them.

here's one of my found deer skulls, after cleaning it up... 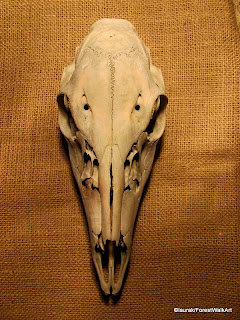 same skull after i gave it a mottled purplish look... 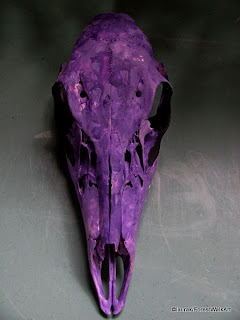 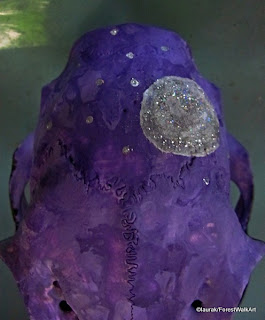 and then painting a crow or a raven...or something in between...
on a tree branch... 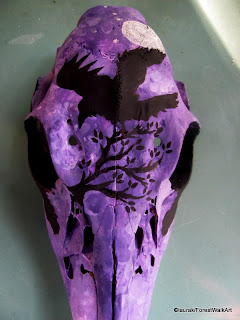 after some touch-ups i'll seal it front & back with Acrylic spray.