a dinosaur on the loose

there's a tropical storm...Debby...in the gulf, off the west coast of florida.
(who picks these names? who spells Debby with a 'Y' and not an 'IE'?)

anyway, she's causing flooding along the shores, rivers and lakes...especially here in north florida.
we're not near any major body of water...but she's still creating quite a bit of standing water out front. 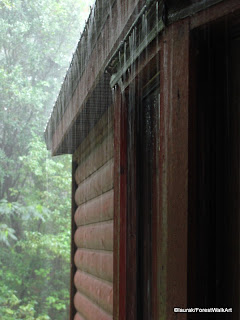 and we always need it to replenish the water table...
but my thoughts go out to those who are under evacuation due to flooding.

here he is with his screaming buddies last halloween. 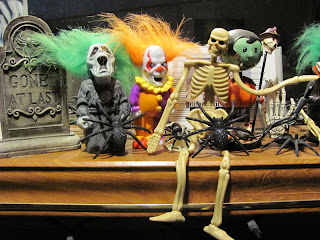 i did a post with him last october:
from clouds to the moon with mr. bones

well,
a friend of his showed up over the weekend.
he sloshed through all the huge puddles and i found him coming up the front steps. 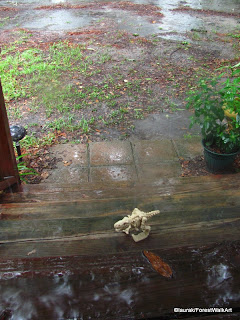 meet T-rex.
i know, he's pretty small for a Tyrannosaurus Rex.
he was the runt of the litter. 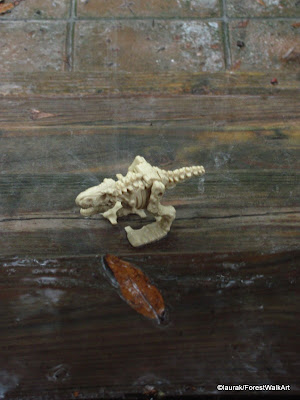 he was so excited to get inside... 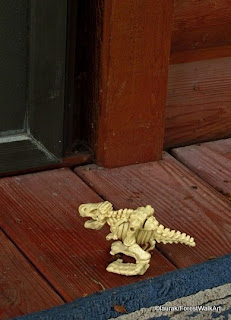 dry off and see his old friend mr. bOnes.
so they visited for a while...just, shooting the shit...catching up on old times.

me and T-rex sneaked outside between downpours.
he wanted to wander the yard.
so, i followed with camera in hand. 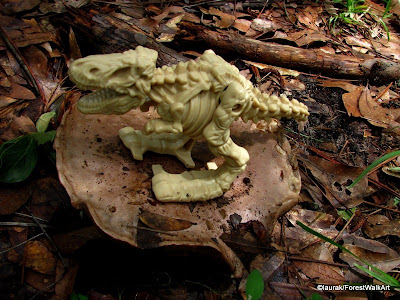 he LOVED all the mushrooms! 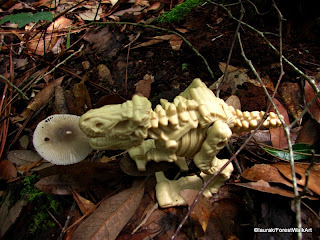 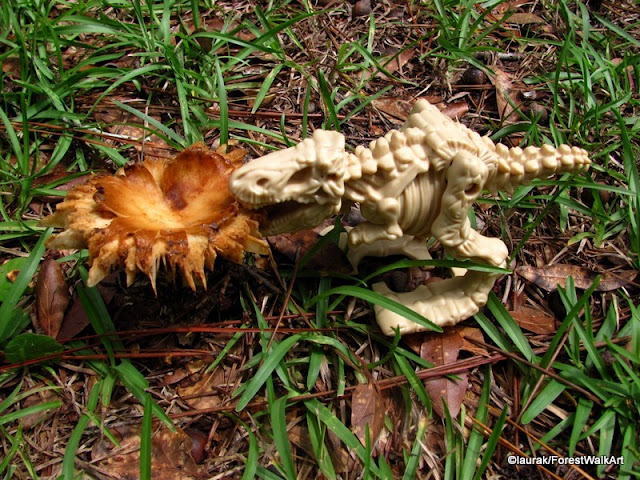 he spotted some feathers on the ground... 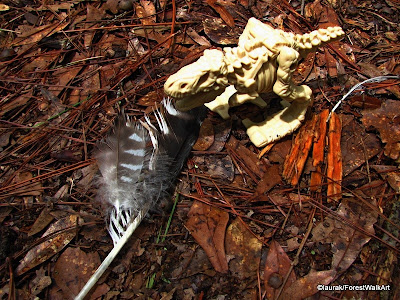 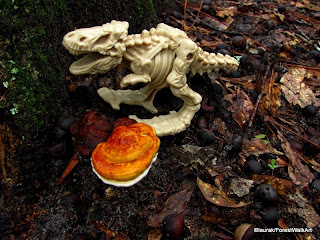 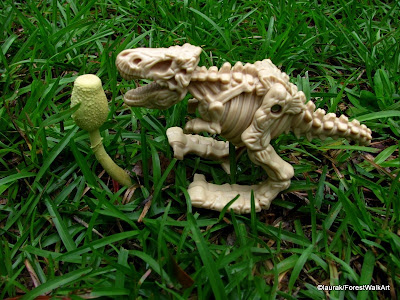 he thought the cow skull hanging out back was pretty cool...
and wanted his picture taken sitting on top. 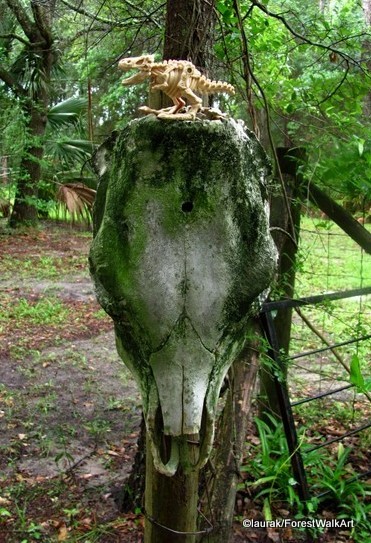 (notice the bullet hole? NO! i did not shoot this cow.
years ago, when i lived farther south, in plant city, the elderly couple across the road had cows.
cows for milk. cows for meat. they let me collect bones from their land.)

the rain water pooled in the mushroom cap was not only making him a little thirsty...
it was giving him the idea to look for a place to get wet. go for a swim.

he found the perfect place. 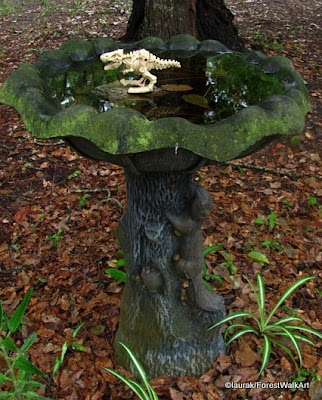 after that he was getting a bit pooped.
and the clouds were about to burst...
so we made a quick detour to the Resurrection Fern at the base of a pine tree. 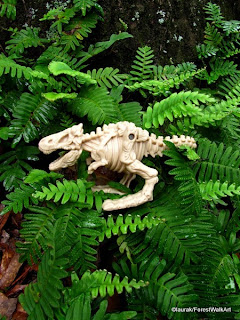 contrary to what we read about these dinosaurs,
T-Rex says they DID eat some 'roughage'...
good for their digestion.
so after he had a bite...
we headed inside where he and mr. bOnes could spend more time together.

one more stop along the way. 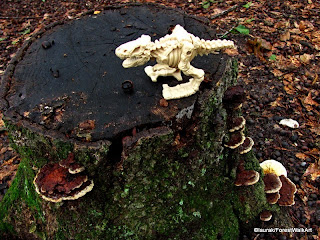 SO  now you've met them both.
they want to do a Halloween post together this year...
THAT'll be something to look forward to. 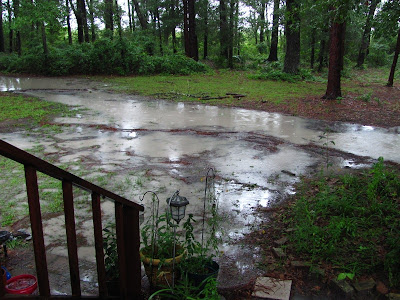 filling the yard and drive with white tinted deep puddles.

and it still goes on...until thursday they say.

i leave you with a picture in contrast to the dreary rain.

gotta run. have an appointment this morn. the worst part about all this rain...for ME...
is having to lug all my massage stuff out of the car...and into people's homes...in the rain! ugh.