the first weekend of october.
cooler weather...
cool enough to open the windows and let the fresh air in without the A/C kicking on!  yeah!
(as long as the traffic out on the road is sparse...it'll be good.
dirt road + open windows = layer of dirt on everything. ugh.)

the weekend began with this big Imperial moth hanging out on the front porch all night... 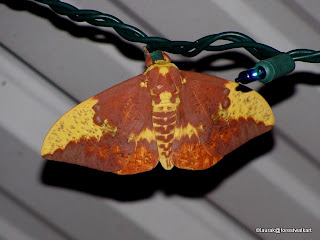 and then moving to a new spot...he spent ALL saturday too! 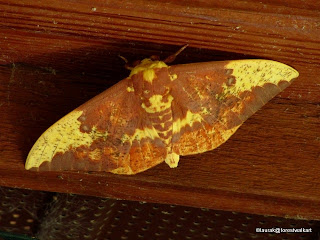 early sunday morning...sam's voice bellowed
"DEER ALERT! DEER ALERT!"
which means...deer in the yard! deer in the yard!
but by the time i got to the window, all i caught was the tail end
racing back into the woods.  damn!

as i stood there...at the back door...hoping the deer would come back...

here comes another deer. a different deer. i couldn't believe what i was seeing.
it looked like cross between a deer and a Paint horse!
i raced for my camera...wishing for this magical deer to wait 'til i got back. 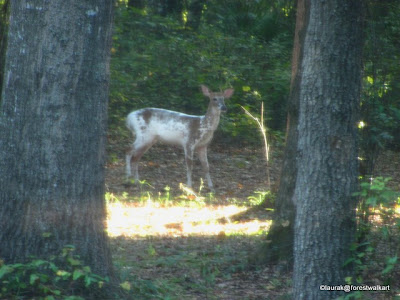 he did. he waited. and he wandered in the yard as i snapped away... 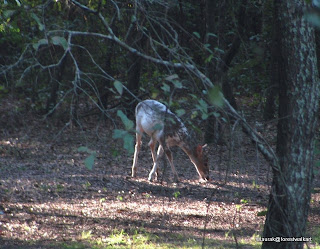 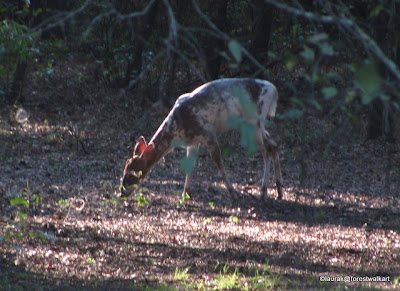 i've never seen a deer like this before!
after he wandered back into the woods...we googled him.
he's a PIEBALD deer.
they occur in less than ONE % of the White-tail deer population!
a rare sight.
it turns out that it's a "recessive gene that produces the Piebald condition".

to many Native American people...the
"White deer is regarded as a spirit...
an ancestor or benevolent soul transfigured from human form.
the Piebald deer is respected as a spirit in the process
of transforming to or from the spirit world."

if he happens to get in a hunter's sight...i hope the hunter gives him a break! for if not...

"If a white deer were killed (and without remorse) the hunter might later
lose his life in a freak accident often involving his hunting or survival skills."

a ghost deer. a spirit animal.

wait a minute...let me backtrack a bit...
about 8 months ago we found
a dead 'possum behind the shed. we have no idea what killed it or how it died. 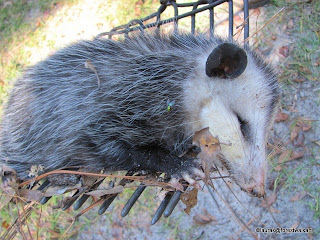 we gave him a nice burial.
i wanted to dig the bones back up after some time had passed...
and make something out of them.
BUT i never really marked the site. i put a grating over the top
so that no animals would dig him up and scatter him about.
but the grating was bigger than the grave. 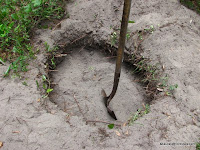 not in one piece anyway.
just various bones here and there. 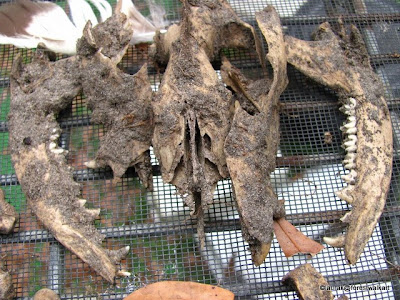 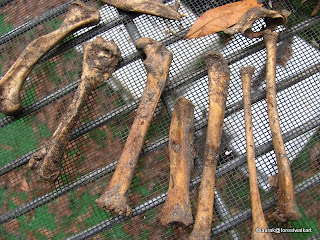 then with one flip of the shovel, about 18" deep...i uncovered a...
WORM LIZARD!
COOL!!!  wow. i was so excited.
i scooped him up on the shovel and ran around the yard...looking for sam...
trying to keep him from wriggling off the shovel. 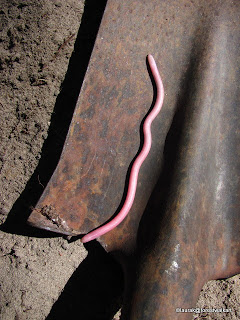 another FIRST. i knew what he was, but had never found one myself.
they're closely related to lizards and snakes, they're limbless, blind & have no ears. 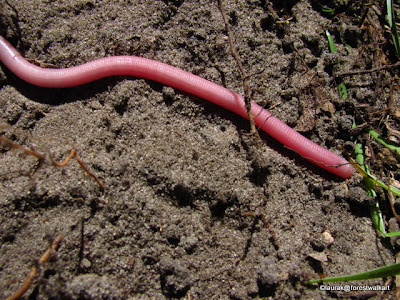 their scales are arranged in rings,they burrow underground and prey on smaller insects.
it's rare to see them as they usually don't come above ground unless they
get rained out and have to come to the surface to breathe. 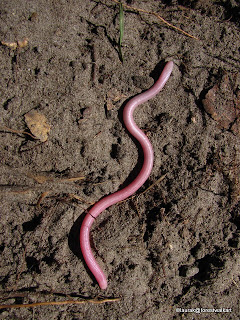 this one was about 7" long. as soon as i took my pictures...
and showed him off to sam...
we set him free on the dirt pile where he immediately began burrowing.
within 6 seconds he was out of sight!

anyway, i'm not finished digging.
the 'possum vertebrae are still to be found.

OH, and speaking of BoNES...
i DID do another BoNE DooDLE!  for October...for Halloween.
put together with raccoon, deer & armadillo bones. 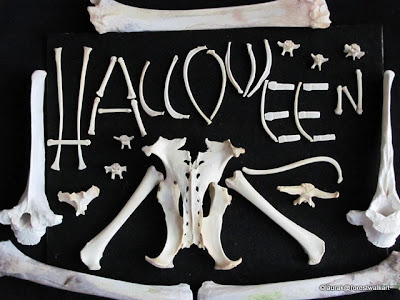 so after such a magical beginning to october...
i can just FEEL that this is going to be a good year ahead...
Winter is an etching,
spring a watercolor,
summer an oil painting
and autumn a mosaic of them all.
~Stanley Horowitz

have a good week.
have a safe journey & enjoy the ride.
laura