friday's fringe 34 ~ barking at the moon

while trimming back some dead palmetto leaves
we spotted the largest tree frog i've ever seen...
a Barking Treefrog. 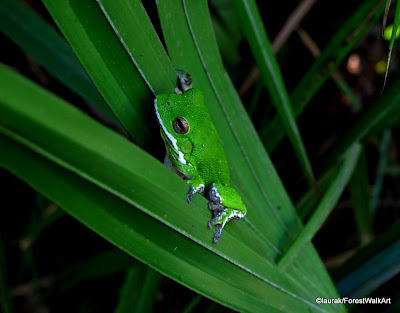 you probably won't mistake their bark for the neighbor's dog...
sounds kind of like a smallish dog with a sore throat! 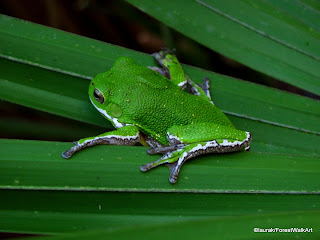 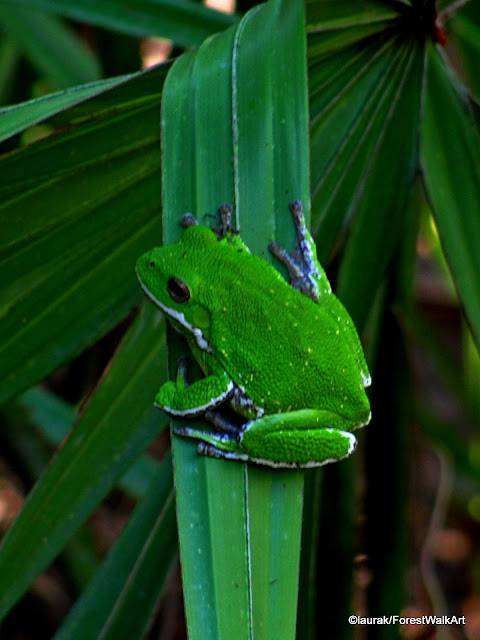 "Time's fun when you're having flies"
~Kermit the Frog 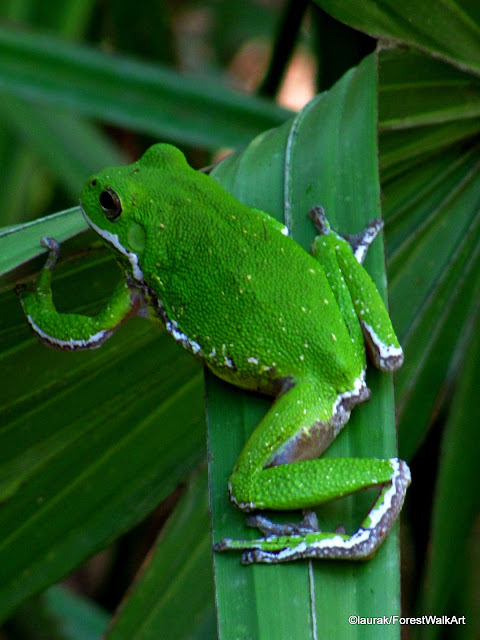 (this next shot makes me think of the commercial "Got Milk?")  woof.

although they usually do most of their barking at night,
we saw this one during the day.
he didn't bark at us...
OR the moon.
but he could have!

thanks for stopping by on

i'll be in cyberspace this weekend. finally.
since i've been driving #2 son to job at 5:30am,
my occasional before dawn blog reading is non-existent!
seeya out there. have a good one.