"The journey is the reward."
~Tao proverb 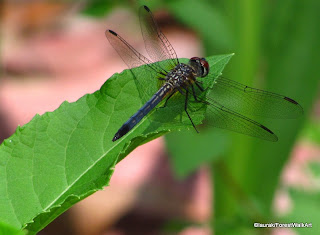 i think it's been a week since i've been out here...
floating through cyberspace.
maybe it's been a couple of weeks.
maybe a month...it sure feels like it! 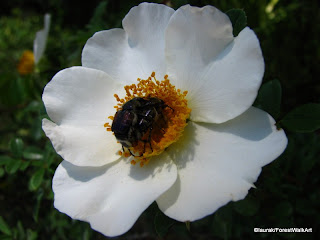 my sciatica problem was about 99% gone...(totally healed now as i write this),
when my lower, right side jaw began to ache.  throb.
i woke up one morning looking like a chipmunk
and in way too much pain.
i drove to the nearest emergency walk-in clinic and left with a prescription
for antibiotics and another for an anti-inflammatory...
and a diagnosis of an abscessed tooth.
but until the medication coursed through my body...
the swelling & pain kept getting worse.
i thought my jaw would burst. 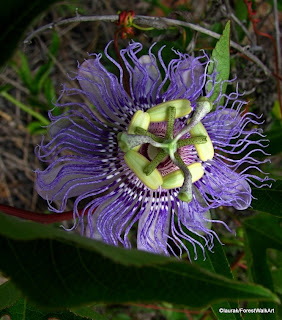 i cancelled all my appointments.
i did nothing.   nada.   zilch. 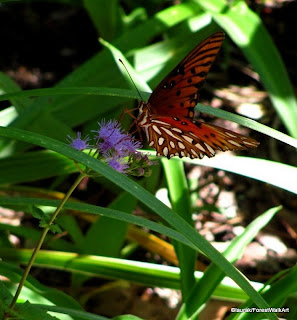 while my jaw swelling was subsiding
and the throbbing became bearable...

i got a call from the mother of one of my clients.
i figured she was calling to set up a massage for her daughter...like she does each month.
nope.
she called to tell me that ginny had died that morning.
~WHAT?!!~
i thought i misunderstood her.

i've been seeing ginny for about eight years.
in the beginning, she was getting massage therapy once a week.
then we went to twice a month.
and for the past few years i've seen her once a month.

ginny was 29. she lived in a Group Home. she had Cerebral Palsy. 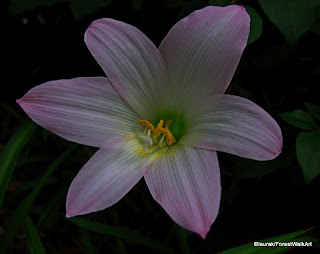 ginny had a seizure. then a heart attack.
she passed away shortly after arriving at the hospital...of yet, a second heart attack. 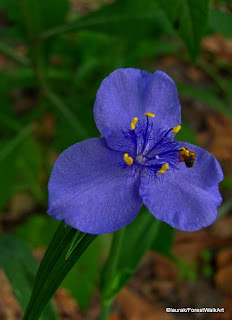 she loved anything Sponge-Bob...and could recite line by line...all the Harry Potter movies.
she had a contagious smile.
although she needed assistance with some of her daily activities...
she was always bubbly & wanting to do whatever she could...for herself...and others.

once ginny crossed your path...she had claim to a piece of your heart. 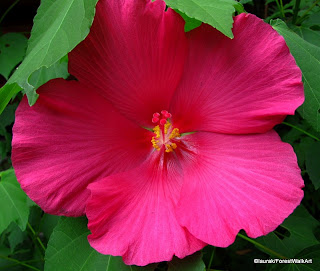 it was a shock.
but i know that wherever her spirit is...she runs free...
on legs that were never able to hold her upright independently.
she's probably rolling around in a field of wildflowers...laughing...
and playing with her dog who recently passed away.
ginny was her mother's joy & light.
i feel for her.
she is missed...by all those who had the pleasure of being touched by her.

this candle is in remembrance of ginny's life.

To live in hearts we leave behind is not to die.
~Thomas Campbell, "Hallowed Ground"

it's still the month of May. 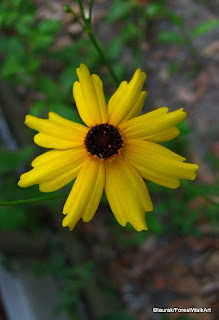 saturday morning, sam & i were going to pick wild blackberries
from the field across the road.
but there were a couple of wild fires not too far away...
and the air was thick with smoke and un-breathable. 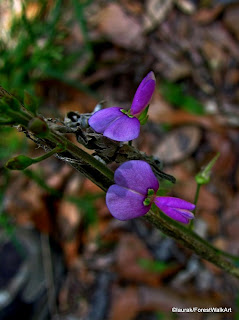 so, i decided to head into town and do some grocery shopping.
when i pulled into the parking lot...and parked...
my car wouldn't shut off.
the key wouldn't turn.
so i drove back home...
but even sam, who is a mechanical genius, couldn't get the key to turn in the ignition. 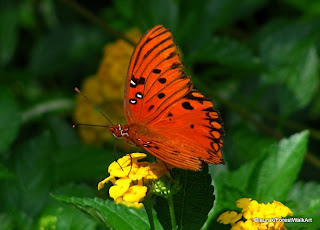 back to town.
hoping the chevy place was open...being a holiday weekend.
whew.  they were open.  and i found out there was a recall for the faulty ignition.
so after a two hour wait, i was good to go. my car was good to go...
and my wallet wasn't any lighter! 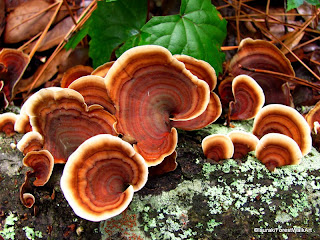 oOo
i've decided i can't keep up with my newly developed plans for both a
Friday Fringe and Morphing Monday posts.

friday fringe it is...with a morph tossed in now and then.

SO, i ask again...isn't May over yet?
i'm looking forward to june...and a full moon. 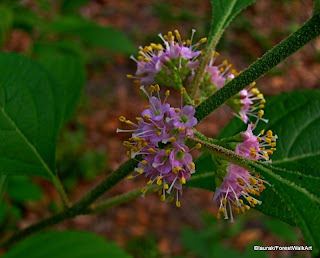 oOo
remember...reflect...and honor...
all the soldiers that have died while serving our nation.

a happy memorial day to those in the usa.

Hope is the thing with feathers that perches in the soul,
and sings the tune without the words, and never stops at all.
~Emily Dickenson 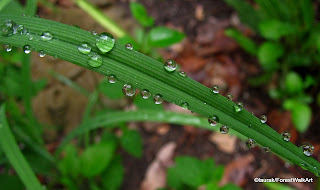 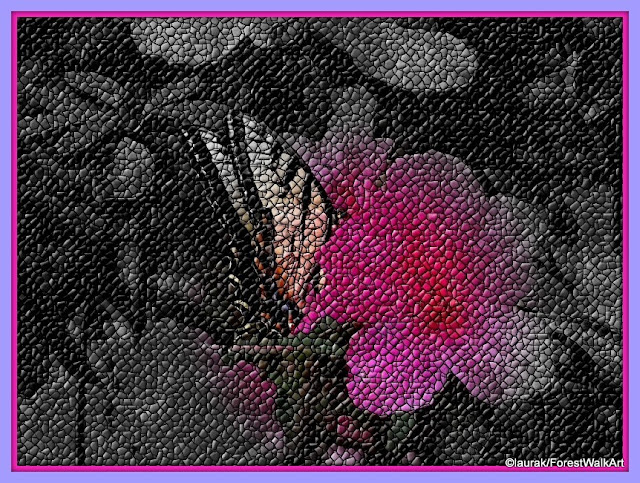 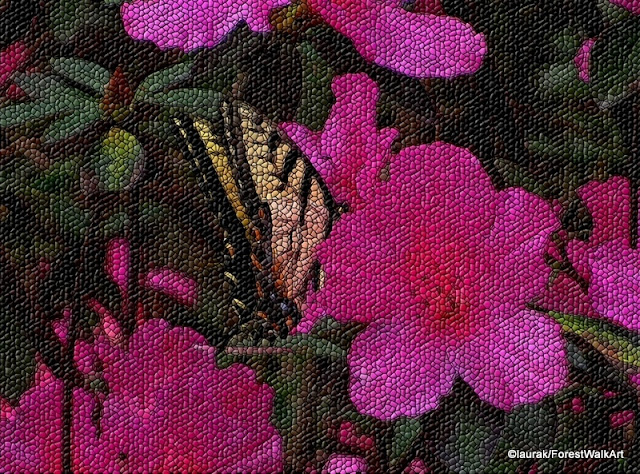 every monday.
one of my nature shots...edited...altered...manipulated.

Posted by laurak/ForestWalkArt :) 16 notes. windy? click to place note under a rock :) 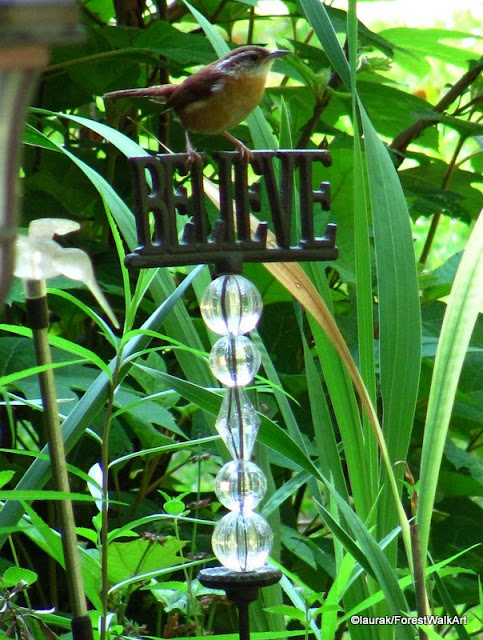 every friday. just one of my nature shots.

Posted by laurak/ForestWalkArt :) 14 notes. windy? click to place note under a rock :)

if you're aware of our 'bathroom repair saga'...and even if you're not...
it all started back in february...with me losing an earring.

a pair of celtic knots that sam and i each wear (wore) one of.
sam crawled under the trailer to check the trap in the tub's drain pipe.
it wasn't there. but he discovered a leak.

SO, began the tearing down of the walls and pulling out the tub...
which exposed damp and moldy-ish floor and lower walls.

this past sunday...
we christened our new shower!
yay!  finally...we can wash indoors again!!
JUST KIDDING!  our place has two bedrooms, each with a shower and toilet.
but now we have our own shower again...

and ALL the tools, ladder, caulking, paint...have been moved back out to the shed. 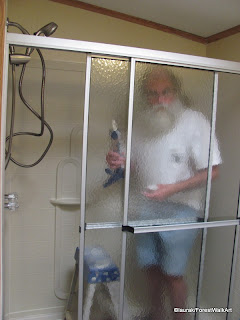 it was a pre-fab shower. walls in 3 pieces. we did everything ourselves.
well, sam did most of the work...i did the painting and some of the caulking.
sam did the rest.

OK
so i'm home between appointments
and wanted to get this out there.
tomorrow i have only ONE massage...so i'll have some time to catch up on my blog reading!

sam found a dead hummingbird outside the shop where he works.
even though the guys he works with gave him some weird & surprised looks...
he picked it up, bagged it...stuck it in the fridge...and brought it home to me!
(pretty soon...i'll have a hummer skeleton!)
poor little hummer.

anyway, i took a picture so you could see the BRIGHT iridescent red neck.
it was so cool. i'd never seen this up close before. 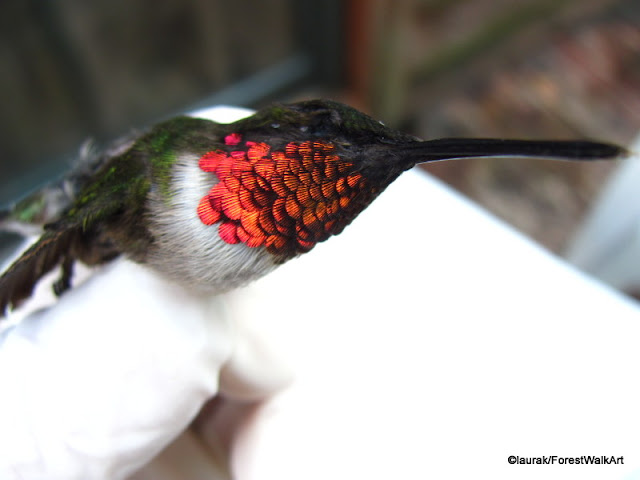 what a gift!!
better than flowers.
ha.

speaking of flowers...the jasmine is blooming. 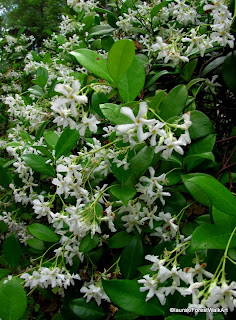 aaaaaah. right by the front porch. i love the scent.
SWEET!

i spotted a Five-lined Skink the other day...hiding under the palmetto palms.

the Gulf Fritillaries are starting to come around.
last year they were all over the yellow lantana.
this one likes the Blue Mist. 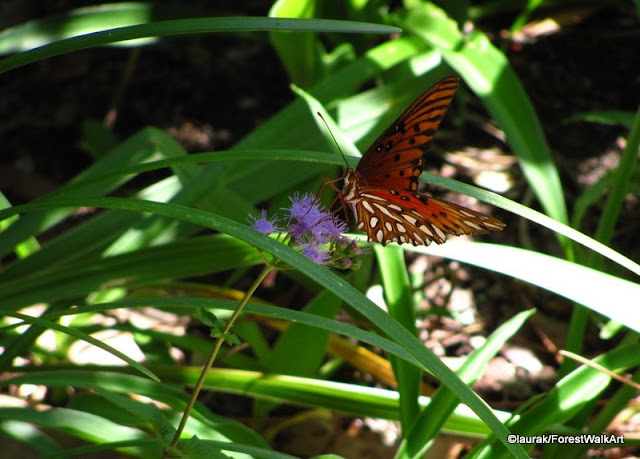 (i don't know why this plant is called a Blue Mist...it's really more of a lilac color)

UPDATE on my sciatica.
my butt is sore...from rolling around on the floor...on a tennis ball.
BUT other than this soreness, the sciatica is no longer a pain in my ass...
just my legs.  a little.  especially towards the end of the day.
with stretching, heat & ice...and sam's leg massages...
it's better every day.  WAY better.
thanks for all your healing wishes. 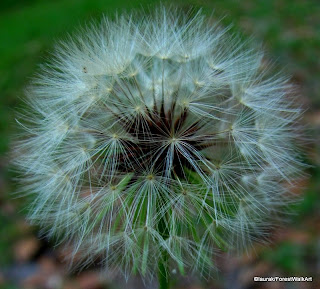 gotta run now.  i leave you with a parting moon shot.

no, no...you can open your eyes...not THAT kind of MOON shot.

Posted by laurak/ForestWalkArt :) 28 notes. windy? click to place note under a rock :)

morphing monday (it's a hoot) 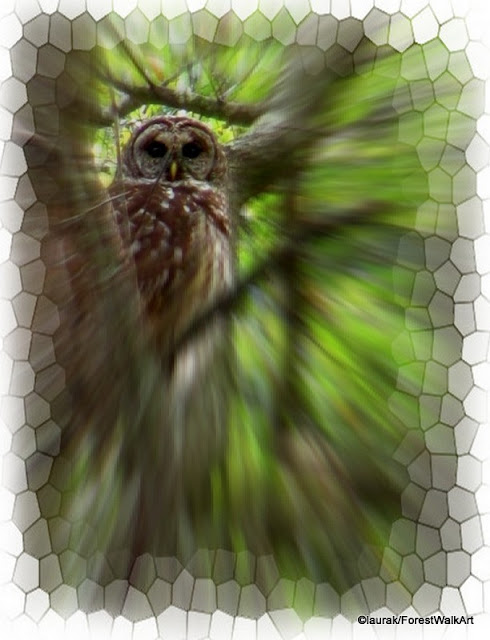 every monday.
one of my nature shots altered with picassa, gimp or fast stone imaging.

There are no passengers on Spaceship Earth. We are all crew.
~Marshall McLuhan

before i do this final post...of the flora & fauna
of Rodman Reservoir/Lake Ocklawaha...

i just want to say a big THANKS to everyone who breezes through...
and to those who linger...and even take the time to leave a note!!

i haven't been blog reading since last week, because of our weekend away...
and then i've been dealing with this Sciatica...if you've ever had it...then you know...
it's a pain in the ass...to sit...for any length of time!

SO
i HOPE to get caught up...this weekend!
i just had to explain. i haven't been ignoring you...i haven't been anywhere in cyberspace!
you gotta know i'm in pain...cause i haven't been taking the time to search for cool quotes!

ok, no more talk...want to get these pictures posted before it's OLD news!

UPDATE!  Eileen @ Viewing Nature with Eileen...who happens to be a pretty good bird expert...
thinks this little guy could also be a juvenile  Little Blue Heron!  thanks eileen!

in PART 1 of Rodman/Ocklawaha i mentioned that the
BIGGEST catch of the weekend was sam's 17 inch Bass!!!
here ya go!

this picture below... like two fish passing each other...
like sculptures...floating  wood   plants...
a dinosaur fish and some type of pan fish 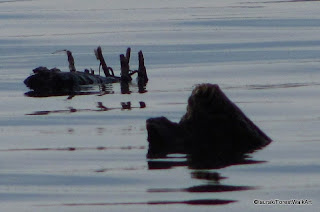 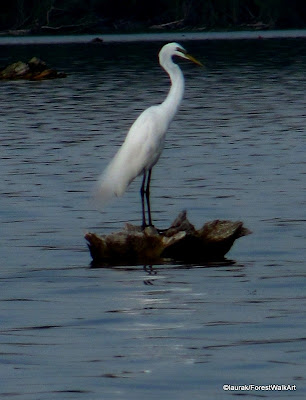 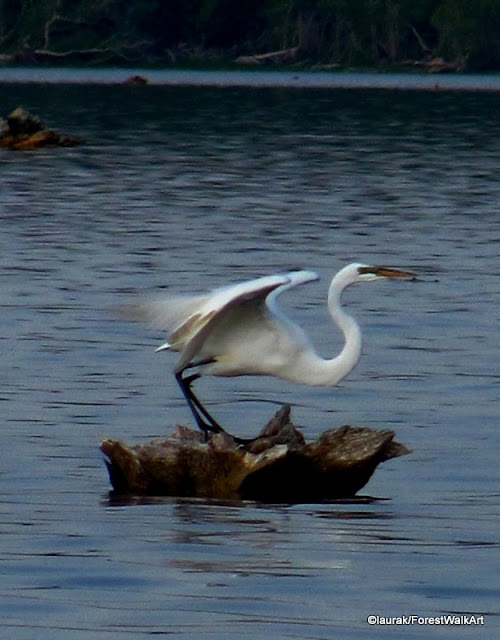 thanks for wandering and wading...through all the pictures!
end of the day, time to get off the water & head back to camp. 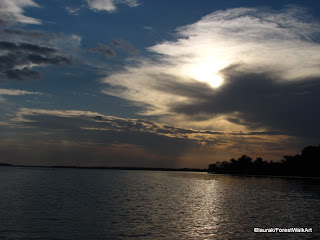 thanks for the wishes on a speedy recovery...of my aching...back...and butt!