mr bOnes is not very good with all this technology stuff,
so he's basically just posing for the pictures
and letting me know which ones to post.

mr bones does a lot of pointing with those bony fingers.
sign language of the dead.
he's kind of hard to understand.  he's like a ventriloquist.
his lips don't move when he speaks.

'friday's fringe' is normally just ONE,  maybe TWO pictures...
but this october,   nothing is 'normal'.

all year mr bOnes sits up there on the mantel, riding the back of a gargoyle.
this is about the only time of the year he gets down and does some wandering.
so this month he can get away with anything!
well, almost anything!

since he's much lower to the ground than i am...being only 9" tall...
he sees things from a different perspective. 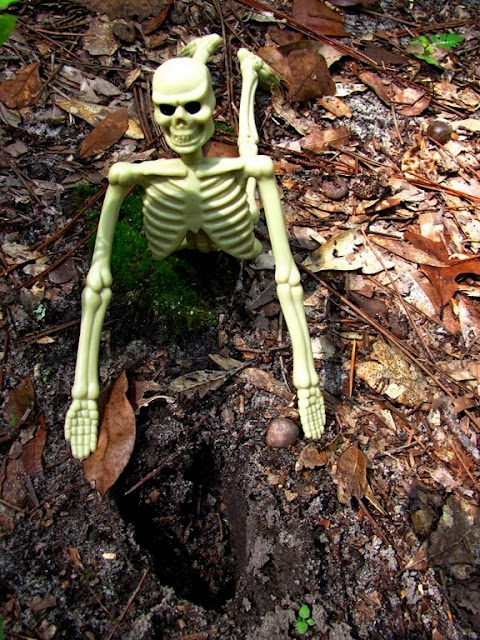 then, he noticed this fungi growing on a downed tree...
which we have a lot of around here.
he can't wait 'til we light up the burn barrel...
he's such a pyro!! 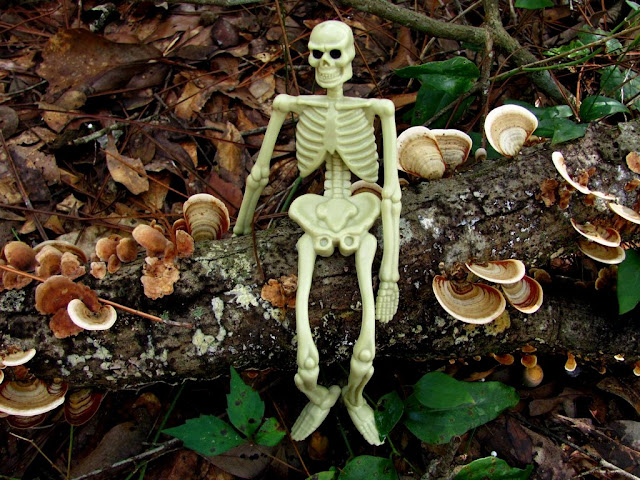 when he spotted this patch of tiny mushrooms...
he was so over-joyed, he started doing cartwheels & headstands!! 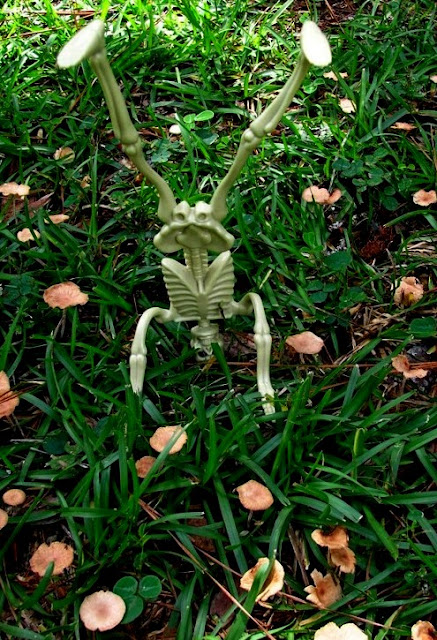 and then he gobbled them all up.

he was stuffed.
he wanted to rest.
so we headed toward the front door...stopping in the garden by the front porch.

"i believe i'll just hang out here 'til next friday.  screw the mantel!" 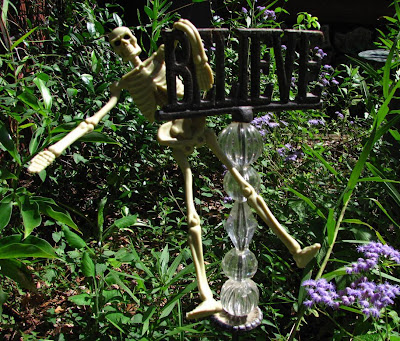