excerpts from the road. part one.

...just when i thought i was finally getting over being without internet...phone...texting...here i am! back to reality! (if you read my last post from aug. 10th, then you know we took off to go camping for 2 weeks).

it all began (and ended) on a HOT MUGGY day in North Central Florida. driving in and out of dark gloomy skies. rain. pine forests and logging trucks. chicken farms. hunt clubs. cows and goats.  FIRST STOP, Torreya State Park, overlooking the apalachicola river (in Bristol, the north eastern area of Florida's panhandle).

Torreya is one of eight state parks in Florida that was built by the 'Civilian Conservation Corps' (or the CCC) from 1933 to 1942. The Great Depression...one out of every four workers was out of work. President Roosevelt's solution was to create New Deal Agencies, one of which was the CCC, to help employ young men between the ages of 17 and 25. they earned thirty dollars a month. twenty-five was sent home to their families. the young men enrolled in the CCC lived in camps that were constructed throughout the country. 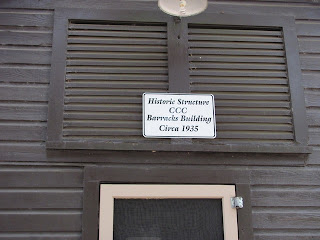 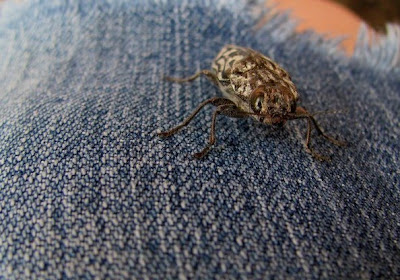 i'm a bug magnet.
actually, sam's more of a bug magnet than me. he's getting bitten all the time. if there's a mosquito...yellow fly around...they'll seek him out!  i'm not usually bothered. but this vacation...we were both covered like patchwork with caladryl lotion!  i'm not sure what kind of bug this is...looks like a stink bug. 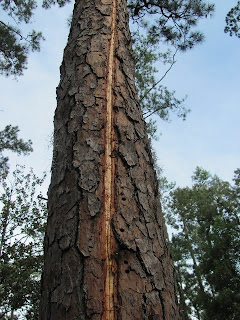 mark of a lightning strike running down a pine tree. 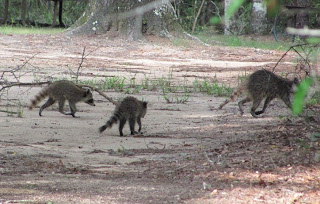 raccoon family we were lucky enough to spot on one of our afternoon wanderings around the park... 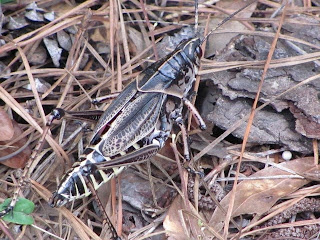 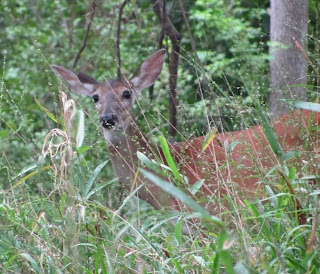 The best time to plant a tree was 20 years ago.  The next best time is now.  ~Chinese Proverb 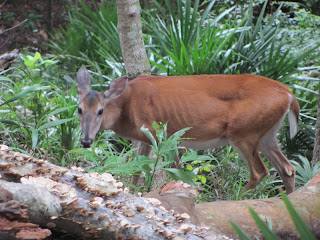 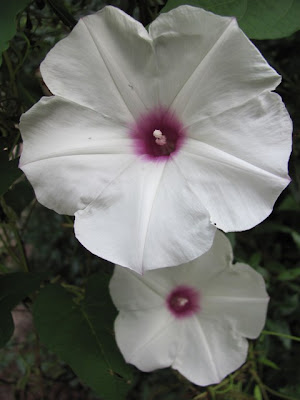 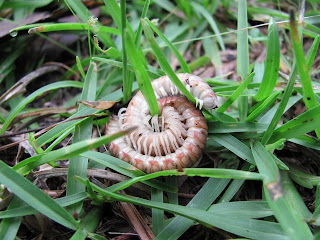 two caterpillars...centipedes...??  curled up together. mating?? or just hugging?? Half the fun of the travel is the esthetic of lostness.  ~Ray Bradbury 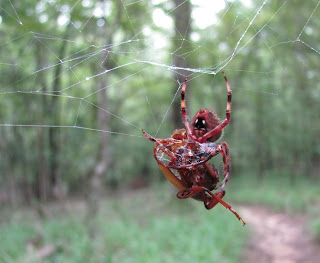 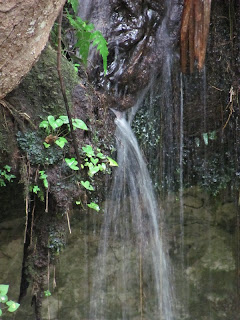 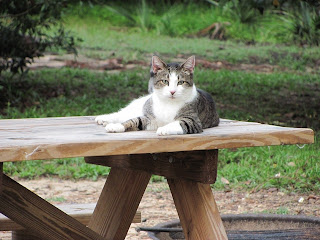 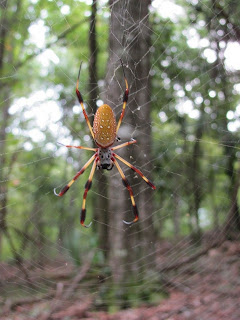 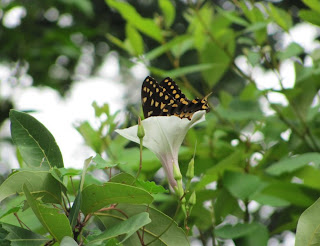 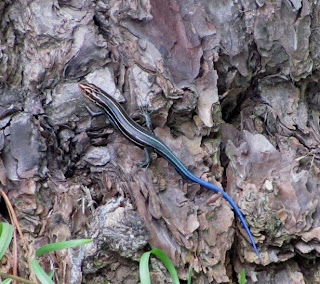 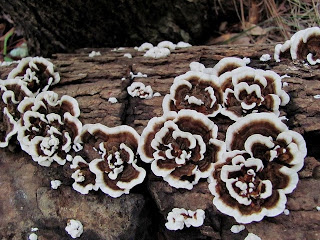 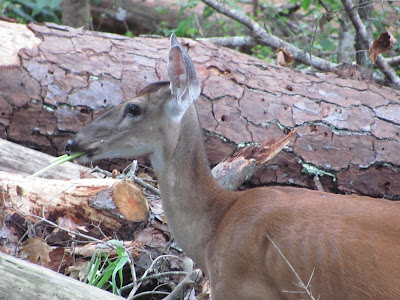 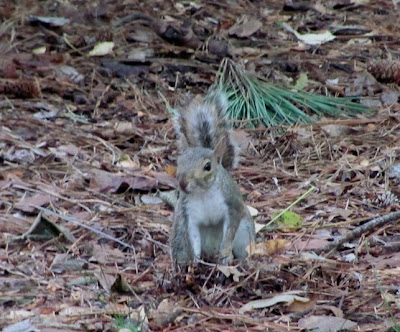 well...i don't want to bombard you with too much at once.
i'll take a break. you take a break.
part two...later this evening or tomorrow morn.
next stop...Oak Mountain State Park in Alabama!!

OH YEAH!!!!!  and a PS - THANK YOU to all those people who stopped by and visited here...and left comments...while i was away!! it thrills me...to know that there are so many others out there...who appreciate all these little things of nature...
life's a garden. dig it.