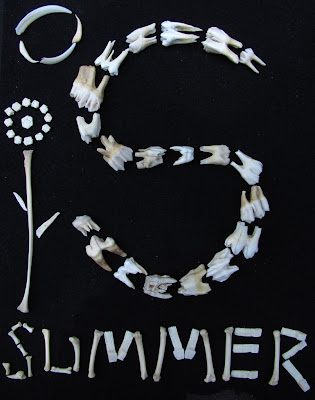 (bone doodle #9. deer teeth. armadillo & raccoon bones)
when i thought about doing another BoNE dOOdle...for summer...
and decided to just make a BIG 'S'...
i was reminded of the doodles my father and i did together when i was a kid.
my father - who loved to write - who had an obsession with spelling -
who would doodle letters of the alphabet
in all kinds of type faces...which he created from his imagination.
we doodled the alphabet together.
he would draw a random letter and i would have to make that letter
into a face or stick figure.
get it?   if not...
i sat down and did the alphabet just like we used to do... 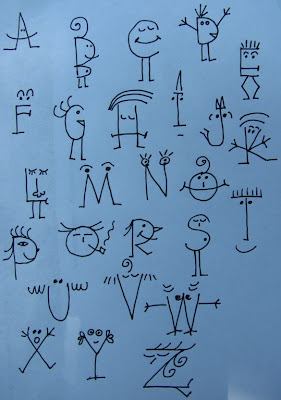 i don't think i ever met anyone else who had this much fun with their dad!
he was very sarcastic too.
no, seriously...i loved the spelling bees at dinner
and creating our own fonts!  :)
ok, so i got a little side tracked.
S is for summer.
here in north florida it's been hotter than usual for june.
breaking a hundred.
S is also for sweat. which i do too damn much.
i've said it before, i'm a sweater...and not the soft fluffy kind.
so why am i in florida?
to make a long(ish) story short(er)...i'm from NY originally.
i was born in south carolina...the folks who adopted me came to SC
to pick me up and took me by train back to NY.
that's where i was raised.
i left NY in my 20's. lived in los angeles, CA for about 15 yrs.
in '87 my two sons were 3 and 6 yrs old.
since their father left and moved to san francisco...
forgetting about his boys and me...there was nothing tying us there.
so we packed up our essentials and pet snake...
and drove cross country to florida, where my sister sally was living.
she passed away a few years ago...
my boys are now in their twenties...living a few hours away.
but i'm still here...putting up with the heat...
because i met sam...and he was pretty much settled and comfortable.
besides, i had also gone back to school 15 years ago & became licensed
by the state of florida as a massage therapist.
so...here we are...'til we retire.
then we plan to head north and out of florida!
to the mountains somewhere i hope.
(if you happen to be reading this on the other side of the world, where it's winter...
would you mind blowing a little COOL in this direction!)
back to S.
i leave you with some S pictures! 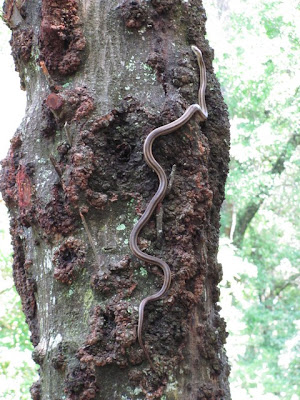 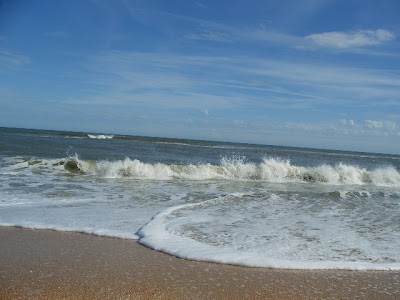 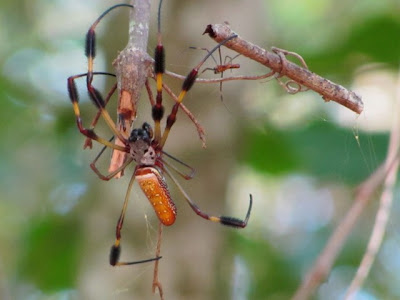 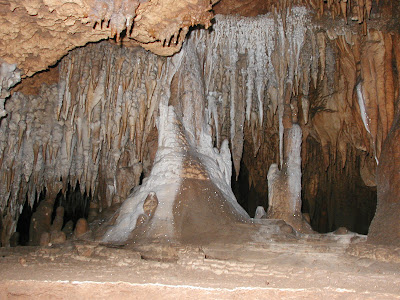 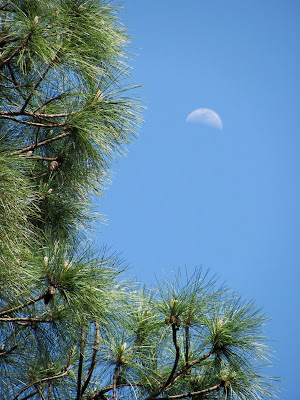 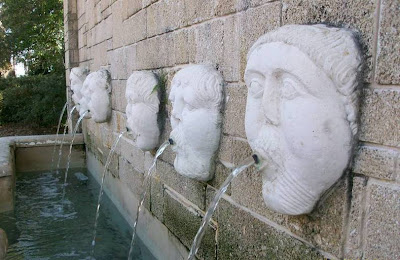 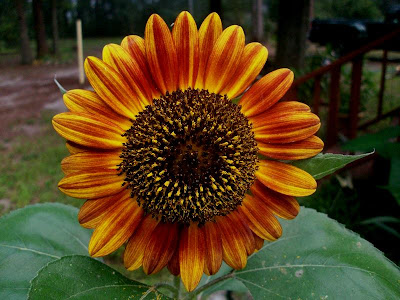 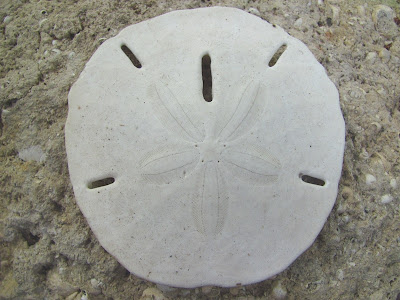 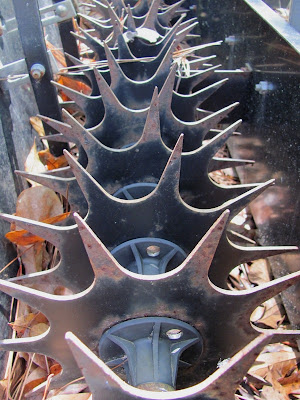 (Spikey. lawn aerator. even though we don't have 'lawn'...some grass,
mostly dirt. it helps to loosen the dirt so the squirrels, armadillos and moles
have an easier time digging! ha! actually it's a leaf collector.
sam says you drag it behind the (riding) mower...have not seen that!)
and...here's a picture of a truck we saw while hiking Royal Springs.
the guy was pulled up to the 'port-o-lets'...and cleaning out all the waste!
this picture fits THREE  'S'  words.
(click to enlarge...read their slogan i circled in red) 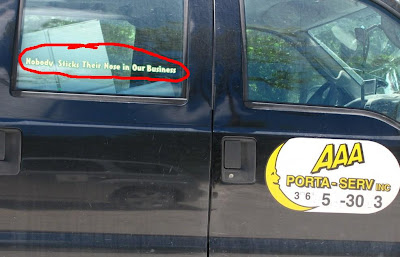 (Silly. Stinky. and...uh Shitty!)
tomorrow's friday!   yay.  have a relaxing weekend!
(check out the bone doodle page up top there...when u have time)
~have a safe journey & enjoy the ride~
:] laura
"Anyone who says sunshine brings happiness has never danced in the rain."
Posted by laurak/ForestWalkArt :)