what day is it? 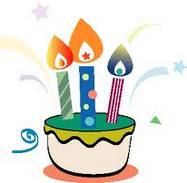 i honestly never thought i'd make it this far.
i've outlived both parents (which is how it's supposed to be)...
but i've also outlived my younger brother and sister. 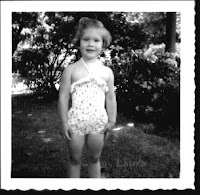 i was born in south carolina.
adopted.
((searched for my birth mother & found her when i was 18. that's another story for another time.))
i was raised in NY.
started running away from home at 12, moved out for good...at 15...
when i got my first job, working in an art store near grand central station (NYC).
assorted jobs since then...including my own screen printing business.
went back to school in my 40's...became a licensed massage therapist.

i love to read.   and write.
years ago...i even made an attempt at writing a couple of children's books.
after LOTS of rejection 'form letters'...
(although i did get a few nice personal letters of encouragement)...i gave up.

i have a lot of energy. it's hard for me to sit still.
i always have too many projects going on at the same time.
when i see different ART forms or mediums or techniques...i want to try them all.

i care. a lot. about others.
care a lot & you can get taken advantage of.
i've learned to say 'no', 'enough' over the years. well, not always.

i love my sons. 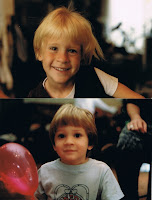 and sam.
(that beard, is braided under his shirt & goes all the way to his waist!) 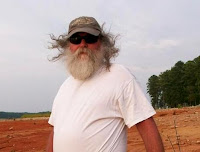 i'd rather be anywhere else except florida...but if i never came here, i wouldn't have met sam.

i have way too many collections.
maybe they're not all collections...just stuff i save. hang on to.
feathers. shells. rocks & stones. 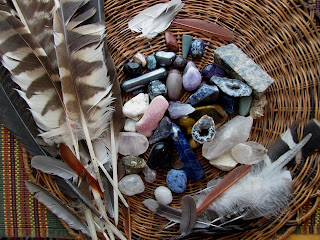 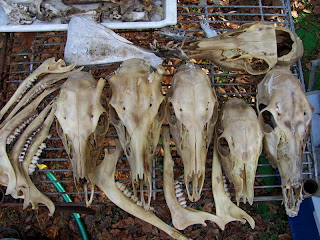 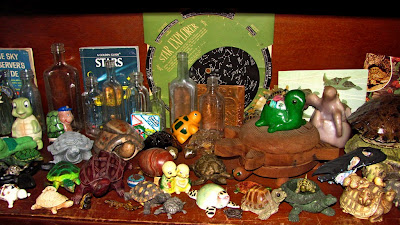 i think i'll stop there.

i like shades of purple.  spicy food, the spicier the better.
i tend to clean  when i'm upset.
i can slip into blue moods pretty easily.
i can be silly to the point of being obnoxious. so i'm told.
i'm a kid inside.
i'm out going and friendly. i don't like crowds.
i get uncomfortable when i know i'll be in a 'social' situation with a group of people.
i'll just about hyperventilate beforehand...
forget to breathe...get light headed.
it's hard for me to get CLOSE to people.

i prefer the woods over the beach.
winter over summer.
i need to add some regular exercise into my daily routine.
after all, i'm 21,550 days old.

it was a sad day when i stopped being 'carded' to buy liquor...
at least it continued until i was in my early 30's.
it was an even sadder day when strangers started calling me 'Ma'am'.

i love being outside. nature. taking pictures.
bugs. spiderwebs. flowers. mushrooms. anything with dew. 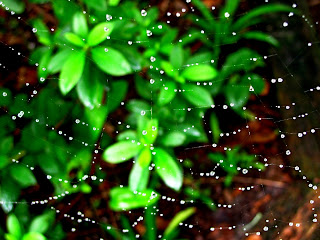 anchovies on pizza.
fruit pie, not cake.
i like (the natural) peanut butter, but it always seems to give me the hiccups.
mmmmm, cheese. onions. garlic. red peppers. jalapenos.
artichoke hearts.
give or take meat.  i could easily be a vegetarian,
but sam likes his meat & potatoes.

i talk in my sleep. a lot. have very vivid dreams.

i don't like getting dressed up & will avoid it at all costs.
jeans. t-shirts. that's me. sneakers, crocs, hiking boots & winter boots.
i'm NOT trendy, don't care about fashion.

i don't like to talk on the phone.
don't have a smart phone or ipad.
DO have an ipod and e-reader.
don't like when people litter.  litters are for dogs & cats.
i've never spent $$ on a matching set of furniture.
i'm thrifty. love to shop thrift stores.

wool makes me itch and turtle necks make me feel like i'm being strangled.
all cotton.  polyester makes me sweat.
don't like to have my picture taken.

i'm not into organized religion. i'm not political.
i have a hard time dealing with people who are prejudiced...
people who hate because of race or ethnicity, religion, sexual preference.

oh yeah, i saw a UFO once.  in hollywood, florida. looking to the sky. late night.
i spotted a V formation of tiny lights. just sitting. hovering.
and in a split second it was gone...appearing on the opposite side of the night sky.

but this year we're home. we have both my sons living with us.
travis is out of jail (after spending 7 months, we picked him up last saturday)
and justin, who turned 31 last week, split up with his girlfriend of 6 years.

it's a bit crowded, in our humble little home...
they're sharing the 2nd bedroom we have.
they are eating machines.
but at least they're working...concrete, stucco & stone...
and help out around the house...
like splitting wood, hauling dead downed trees...work for the young & strong! 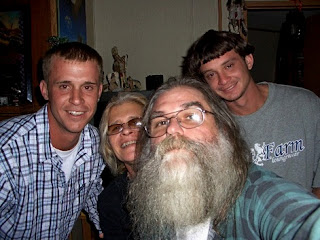 justin snores so loud we can hear him in our bedroom with the door closed.
no wonder travis wakes up with a headache.

i've made it this far.
i need to make it 'til the day i can retire.
downsize. live VERY frugally...in our truck camper.
hit the road.
with no destination in mind.

ONE MORE thing...
thank YOU for being a part of my life this past year...
for wandering & exploring by my side...
and for being there through my good times and down times!

i almost nixed this. felt like i was writing a personal ad or something.

anyway, have a nice week!