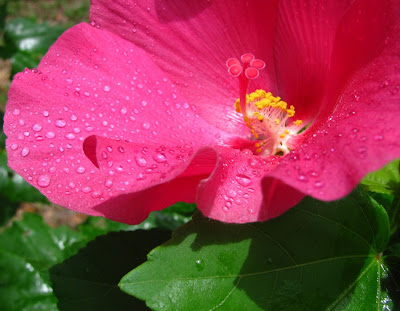 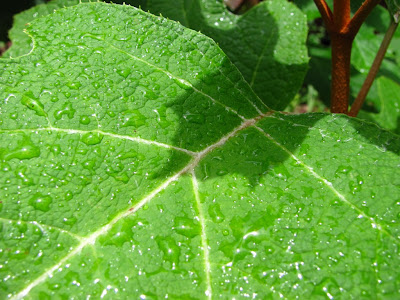 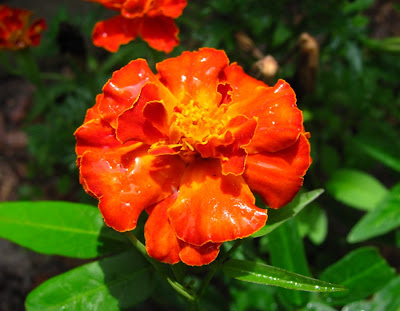 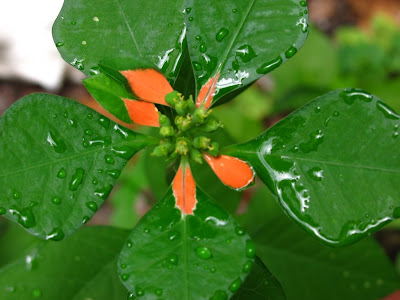 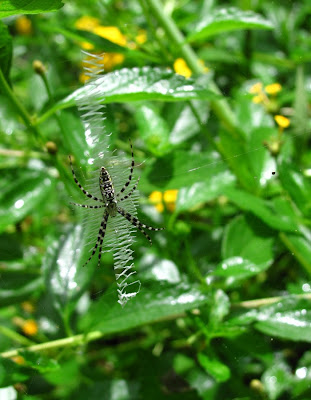 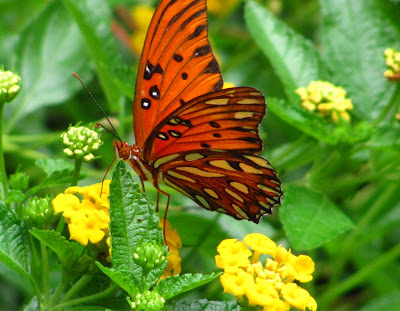 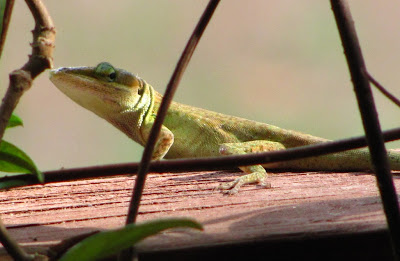 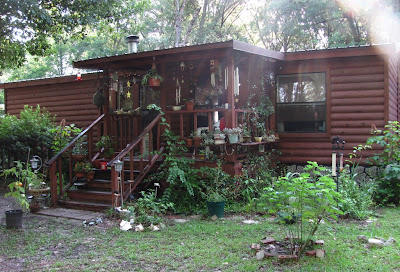 a welcome afternoon rain.
at least now i don't have to drag the hose around and water everything later!
(i don't know what kind of little spider that is...on the yellow lantana...
VERY cool web! looks like he used a sewing machine...zig-zag!
i'll look him up later...
plants are hibiscus, oak leaf hydrangea leaf, marigold, false or summer poinsettia.
the butterfly's a gulf fritillary
and the lizard is the florida Anole, on the front porch.)


(6/24) SPIDER UPDATE:
THANKS to texwisgirl  - The Run*A*Round Ranch Report
for IDing that spider! she calls them Zipper spiders...you can see why!
it's a Banded or Yellow Argiope...in the Orb Weaver family...
which we have many of around here!  hey thanks for saving me the google! :)


(6/26)  ONE MORE SPIDER UPDATE from Shawn of StokesAnimalLibrary.
he  says that when you see the zig-zag on the Argiope's web...
it means that a male came to mate with her.
he put that zig-zag pattern into her web.
hmmmm...must be his way of 'marking' her as 'taken'...
or 'just another notch on his bedpost' !!??

(6/27)  JUST ONE MORE SPIDER UPDATE (famous last words...)
from Cindy at Bug Safari ...
According to BugGuide: These orbweavers often place a conspicuous zigzagging
white silk banner in their webs called the "stabilimentum" which can be used
to identify the species. Juveniles of many species spin a spiralling stabilimentum
from the center of the web. The function of the stabilimentum is not fully understood.
Hypotheses are: that it stabilizes the web,
or makes it more apparent to birds which will thus not fly into and wreck it,
or it reflects light to attract insect prey,
or perhaps most likely helps to camouflage the spider in the web.