this will be a quickie...
in my last post i mentioned that we heard the owls!!
(...and on my way to locate them, i was side-tracked by the black racer snake)
we haven't  seen the Barred Owls  for about 6 months.
we assumed...or at least hoped...that they hang out in a certain area for a while
and then move on....only to make their rounds back to where they started.
they have!  we spotted one yesterday around 7pm!! 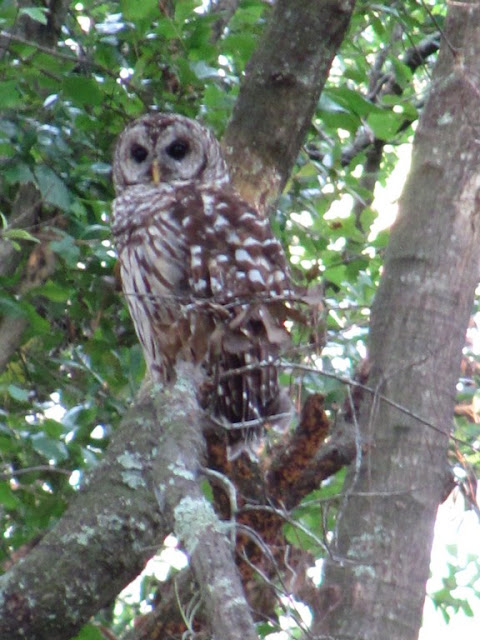 just like the coyote we spotted last weekend...
again, i had to snap these pictures through the back door
since i didn't want to take any chances of scaring him away by sliding it open. 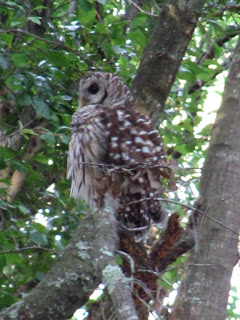 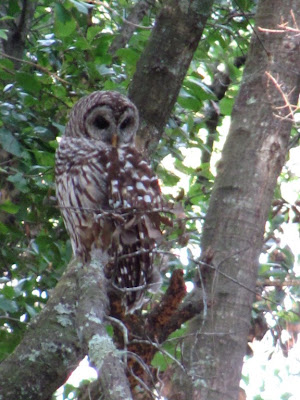 (spies something on the ground??) 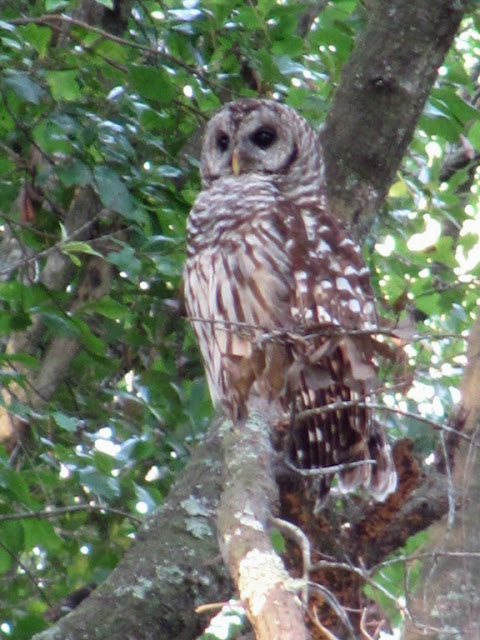 oOo
one more unusual sighting yesterday afternoon...
on the roof of the front porch.
a pair of mating
Two-Striped Walking Sticks  (Anisomorpha Buprestoides) 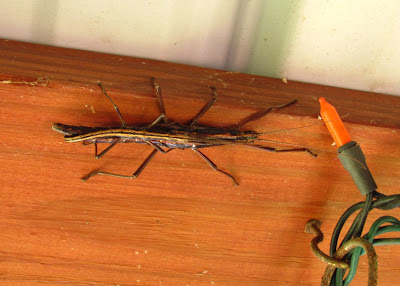 the smaller one on top is the male.
they stayed like this for a looooong time. what stamina!
i tried to get pictures over and over...i  zoomed in, but all i got was blurry!
so i tried to get close-up...stretching my arms overhead and standing on my tip-toes.
as i read about these stick bugs later...i realized how lucky i was.
a few other names they're know as, are devil's riding horse, prairie alligator,
devil's darning needle and musk mare!
if they had felt  threatened by my intrusion of their love-making...
they could have sprayed me (and they aim for the eyes!!)
with their strong-smelling defensive spray which is painfully irritating to the eyes
and mucous membranes!
and they're marksmanship is precise!
they can accurately aim their spray to up to 15 inches away!
next time...i'll be a bit more leery about getting too close! whew!
it's the day after hump day...almost the weekend! woo-hoo!
be safe out there...enjoy your journey!
:]  laura
Posted by laurak/ForestWalkArt :)