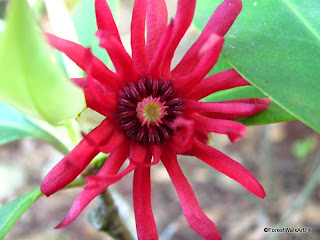 
florida.
land of sunshine.
beaches.  swamps.  alligators.  sharks.  hurricanes.  orange juice.  tourists.
and bugs. lots of bugs. flying. crawling. burrowing. biting. sucking. stinging.
luckily, the caterpillar invasion has died down.
i'm not constantly plucking them off the porch or the front door anymore!
BUT,  i am sweeping their tiny cocoons off the side of the house...
from under the porch handrail...off the porch roof...off the windowsills.
otherwise, we will be setting ourselves up for
a second wave of the tussock caterpillar invasion.
an invasion i can live without.
the 'Anoles' aren't any help either. they don't dine on these hairy caterpillars.
in fact, i've seen the lizards do a detour around the caterpillars
when their paths cross. 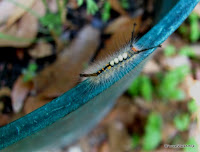 BUT i know what DOES think these pesky caterpillars are yummy!
at first i thought it was a stink bug... 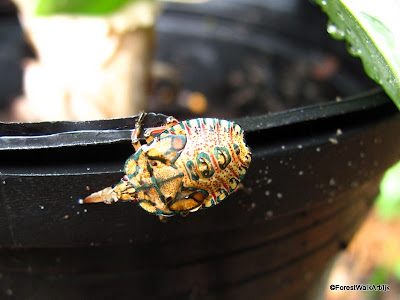 then i saw one chewing on a tussock caterpillar! 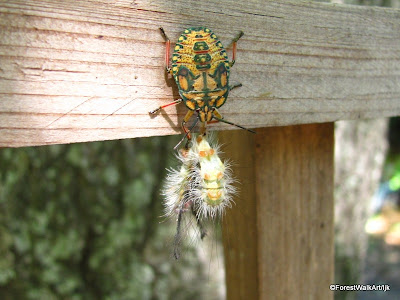 ok, i thought.    THIS IS NO STINK BUG!
i started to do a little research...and realized it's some sort of Assassin Bug!
they lie in wait...
then STAB their unsuspecting prey with their proboscis (beak)
and inject a toxin that dissolves tissue.
the assassin bug then dines on the other bug's liquefied tissue.
UGH!
the young assassins are called Nymphs.
i spotted one on the Mock Orange bush.
OR this could be a wheel-bug nymph. it's a little confusing.
so many types. so similar. 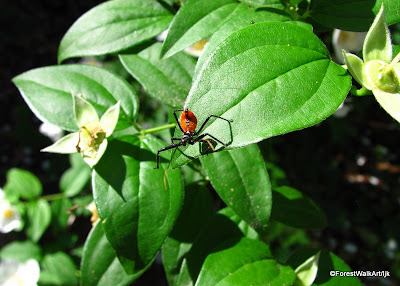 they're very small...
it's hard for me to get a good close-up picture with my camera.
( want to see MORE bugs & pictures? check out this very cool site! )
i know...you're wondering how i could confuse the cute little stink bug
with the terrorizing Assassin bug??!!
well...here...take a look...not necessarily the color...
but the body shape...the legs!  keep in mind, there are many shapes & colors... 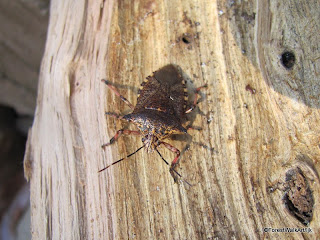 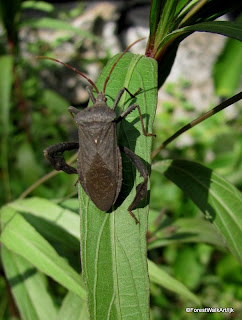 i finally realized, the stink bug doesn't have that LONG nose...neck...mouth...whatever!
oOo
another couple of weird bugs seen close to home...
this is an Army Worm (on the front of the house) 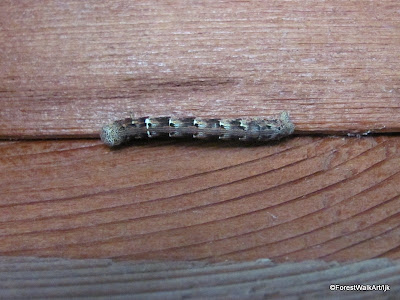 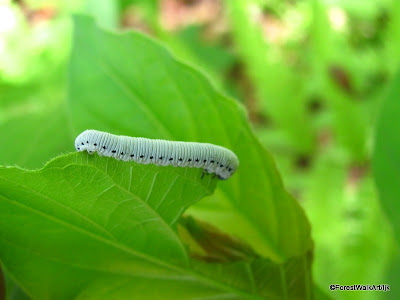 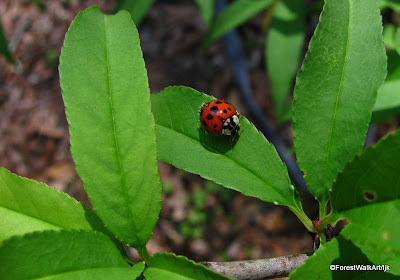 this butterfly is a Gulf Fritillary... 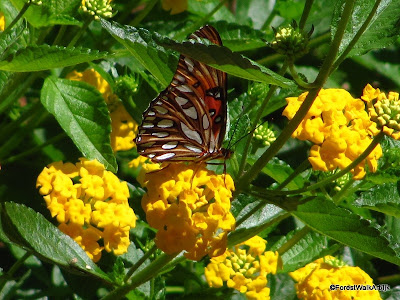 and this little one is a Horace's Duskywing... 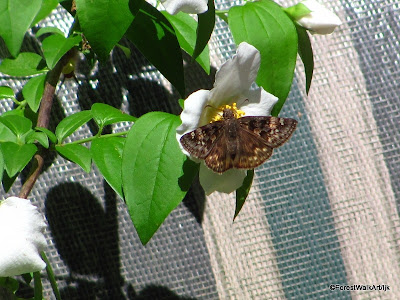 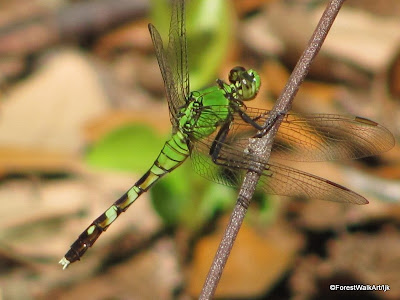 ((thanks sam! he took this picture!!))
"The rich mind lies in the sun and sleeps, and is Nature."
~Ralph Waldo Emerson
oOo
on to the lizards. (one of my) favorite critters! the Anoles!
in my last post i showed pictures of two males fighting.  testosterone flying!
this time...i wanted to show the more lovable side of these little critters.
here they're each displaying their dewlaps...that skin hanging from under their necks...
which they stick out when they're trying to attract a female! 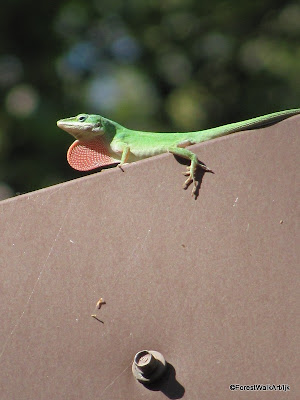 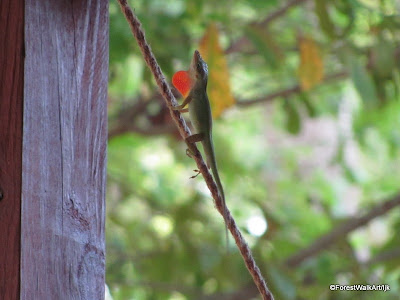 (on the front porch) 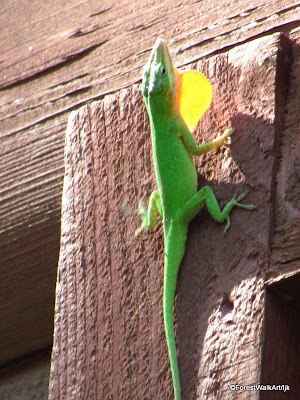 (on the side of the house) 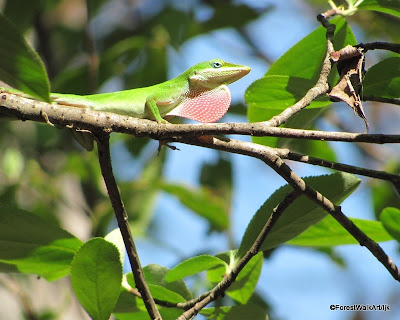 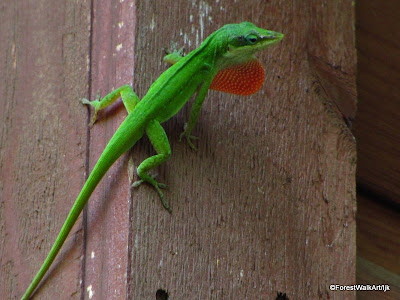 (another on the side of the house)
and this guy. i have to give him credit. he's creative. not afraid to be different.
while ALL the males are using their dewlaps to attract a female...
this one thought he'd try a little pole dancing! 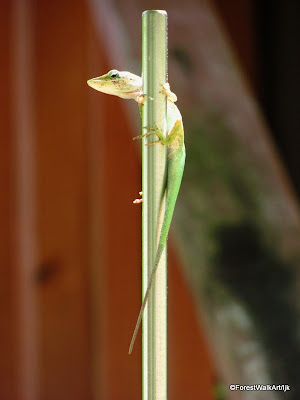 well, it's a lizard thing i guess.
and finally...what ALL the males are trying their hardest to accomplish... 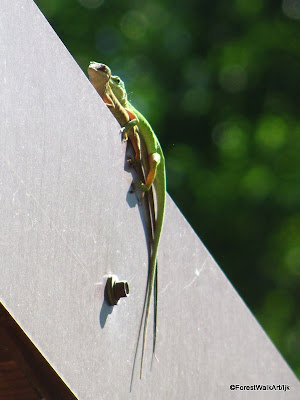 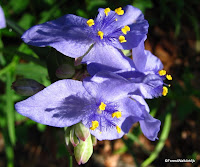 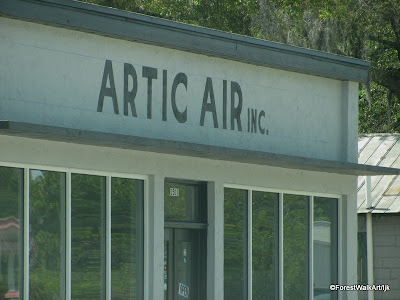 obviously, this is an Air Conditioning company.
cute name...catchy, eh?  it's COLD in the ARCTIC...not the ARTIC!
maybe the owner's name is Mr. ARTIC?
i hope so.
"It's a damn poor mind that can think of only one way to spell a word!"
~Andrew Jackson
(when i have time...i'm going to make a page up there...just under the header...
where i'll post the misspelled signs as i run across them!)
oOo
OH YEAH...i almost forgot!!  i did another BoNE dOOdle!! 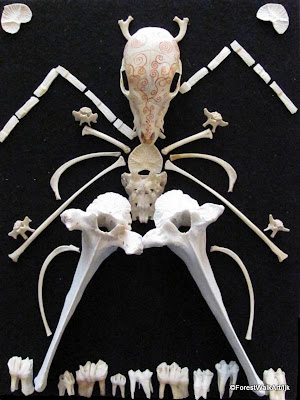 made with deer teeth  & vertebrae, raccoon & armadillo bones, and a small pig skull. 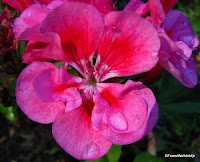