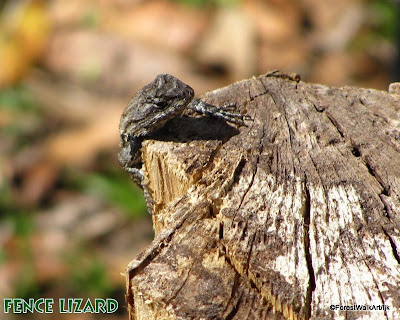 i had been planning on doing a post on lizards...
since they're the little critters i'm seeing the most of lately.
yeah, you could call me a lizard junkie.
but i'm more than that!
i'm addicted to feathers, rocks, bones, old glass bottles,
the woods...artifacts...sunrises, sunsets...anything turtle...or wolf... 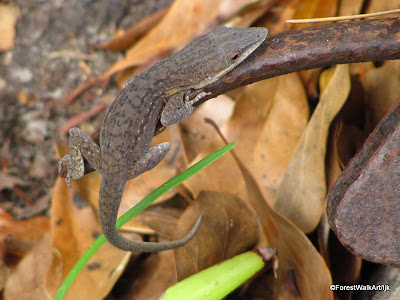 so, i guess i'm a...nature junkie.
i carry around my camera (canon powershot SX120)...
constantly trying to creep up on critters...which is a little hard to do right now,
with all the crunchy leaves under foot.
but if i see something that catches my eye...inspires me...
bugs, fungus, the moon, morning dew, bark, weathered wood, flowers, feathers,
intricate leaf designs...critters, big and small...
i not only take a snapshot in my mind...but with the camera.
anyway, getting back to what i was saying in the beginning...
i had been thinking of just doing a LIZARD post... 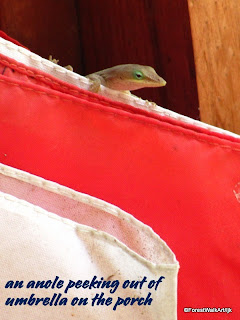 BUT...as the days slip by...
there's more going on...than just lizards!
the weather's been so nice.
during the week i spent time raking the leaves out of the flower gardens.
...kind of a futile chore.
as soon as i rake...more leaves flutter down from the trees.
i did some weeding...and cutting back  of  some  plants
that survived the winter.
OH! and the azaleas are starting to bloom! 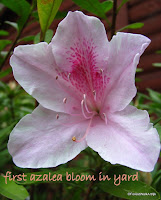 i picked up a few pansies and begonias that were on sale...
wanting to add a little color to the gardens!
oOo
while digging a hole, my trowel hit something...
it sounded like glass. i carefully started moving the dirt out of the way...
like an archaeologist...not wanting to damage whatever it was down there.
it was an old soda bottle. 'Like' diet soda from the early 1960's!
i took a before and after picture. (before: just after i dug it up!  after: carefully rinsed it off!)
hmmmm. never heard of Like soda. looked it up.
Wiki says: "Diet 7 Up: Originally introduced in 1963 as Like
(not to be confused with 7 Up’s Like Cola from the 1980s),
it was discontinued in 1969 due to the U.S. government ban of cyclamate sweetener."
it was pretty cool...finding that bottle while digging in the garden!
i wonder what else is down there!
you might remember...i've mentioned before...that we've found MANY OLD
bottles around here...on our property...and across the street in the field.
here's just SOME of what we've found... 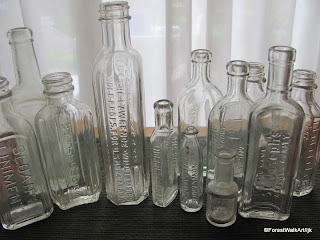 we've also dug up these old clay turpentine pots in the woods out back...
left over from when they used to collect sap from the pine trees.
these pots have one hole near the top where they would nail them
to the pine trees and make diagonal cuts in  the tree so the sap would drain into them! 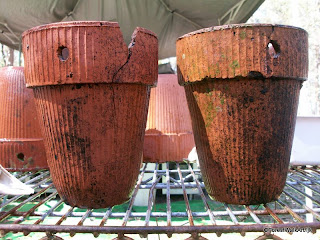 i did an entire post about these pots. click here to go there)
oOo
saturday...sam and i decided to head to a local park with a
not-too-long trail that runs along Hogtown Creek.
it's a nice wooded area with wildflower gardens
and trails that take you through 22 acres of upland forest.
not bad for an 'in the city' park.
the wildflowers aren't blooming yet...but the Camelias are! 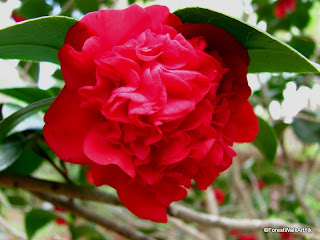 here's a Damselfly we spotted. 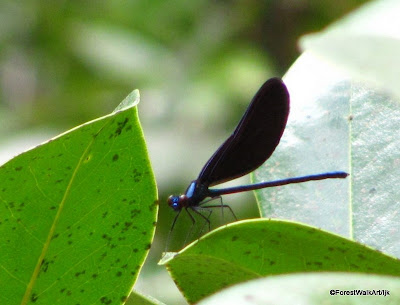 we veered off the path...down to the creek...and saw this at the water's edge. 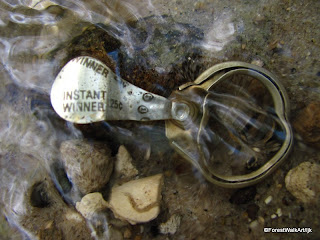 an old pop top. i wonder if it's still worth  25¢!
and here's an awesome Blue-tailed Skink we saw. 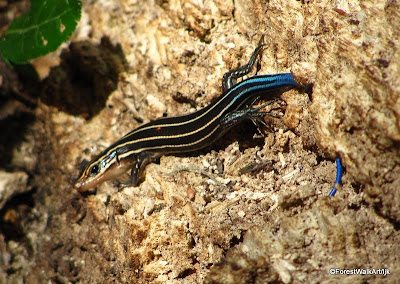 "Let nature take you on its journey."
~Jamake Highwater
oOo
back home...i'm getting inspired...creative.
i mentioned how i was going to start working on those deer jawbones... 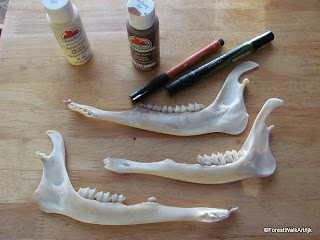 so i picked out a few...and started to think about drawing on them
rather than the pressed flower decorating i've done in the past. 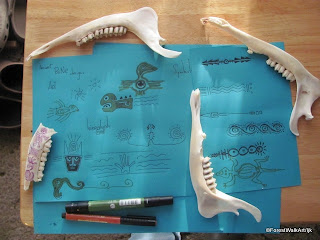 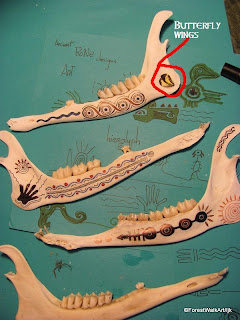 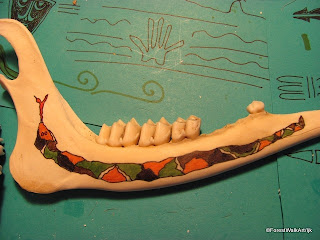 i still have to spray coat them...which takes a couple of days...
letting them dry 24 hours between coats.
then i'll make simple leather lace hangers for them with wooden beads.
will show the finished pieces next time...
oh! and i made a "ForestWalkArt" deer skull... 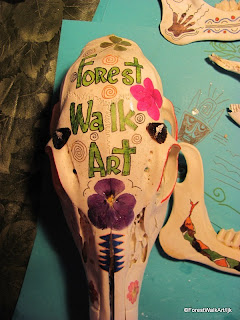 (with art pens, pressed flowers, butterfly wings...
when i'm finished with it, i might use this as my new 'profile pic')
ok...so i'm home...doing some art stuff...
and taking a break now and then to wander... 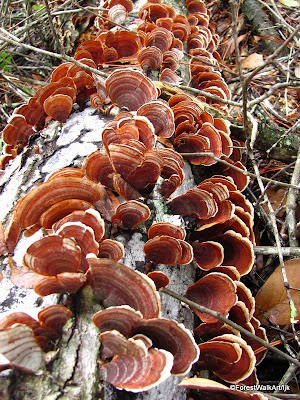 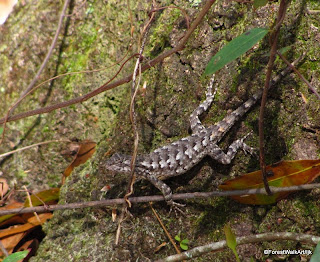 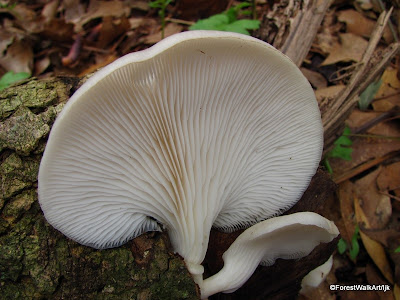 wow! (underside of an) awesome mushroom growing on another downed, dead tree.
well...enough for now...eh?
it's sunday.
rain showers have come and gone.
sam's outside getting the grill ready to smoke a ham.
i'll probably go outside and wander out back...
maybe get lucky enough to get a couple of butterfly pic's.
maybe dig around looking for more old bottles...buried treasure... 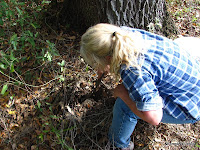 i also need to finish up the jawbones...get them on etsy...
vacuum...mop the kitchen...
i also need to get some work stuff ready...wash sheets...print forms...
confirm appointments.
this week's a little busy...and i'll find out tomorrow if i have a couple of new clients! :D
so, without taking up too much more of your time...
(i know, there's a lot to see out here...in cyberspace!
we can wander around the world...go places we may never get to in person.)
so, i know...it's about time to move on... 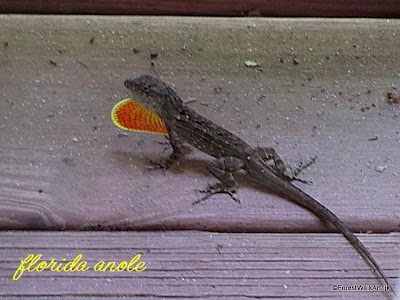 (sneaked in one more...)
stay cool.
have a nice journey.
laura  :]
"You need chaos in your soul to give birth to a dancing star."
~Friedrich Nietzsche 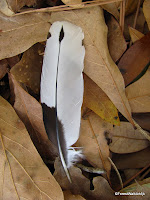