so much has been going on since i was here last.
yikes! that was only FOUR days ago! seems like two weeks ago!
(...i feel like i've been running around like crazy...
trying to get a million things done...yet accomplishing zilch!
nada. zero. zip. am i being clear?!)
=
it's been a slow one for me...as far as work.
appointments cancelled...rescheduled...
one elderly client passed away...and another is in the hospital.
so, with sam and i both free one day, we hiked the
Bolen Bluff trail at Paynes Prairie.
the prairie basin is home to wild spanish horses and bison.
we've been there so many times
and have only seen evidence of these animals...by their piles of POOP!
this time we got lucky! 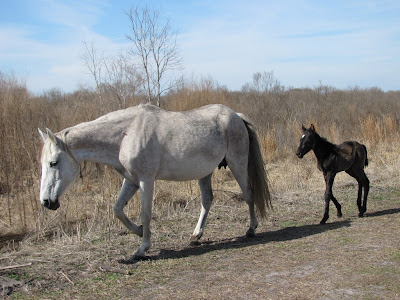 no bison sightings yet. maybe next time.
"All truly great thoughts are conceived while walking."
~Friedrich Nietzsche
= = =
earlier last week...as i was heading to a client...
i spotted another misspelled sign - on a church's front lawn.
doesn't anyone in their congregation know how to spell?
maybe they just don't care? maybe they're just too lazy to correct it? 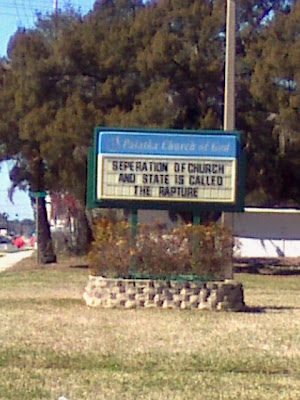 (separation)
"I don't give a damn for a man that can only spell a word one way."
-- Mark Twain
then...on another day...another misspelled sign... 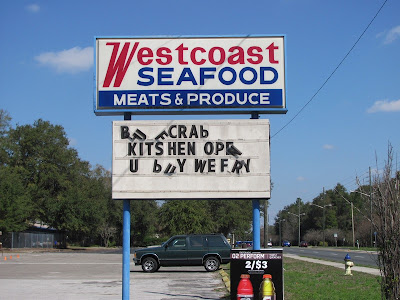 obviously...
they now have a working KITCHEN - oh! i mean...KITSHEN!
= = =
one day i was lucky enough  to get a picture of an eastern bluebird.
lucky enough, because they don't sit still.
jumping from branch to branch...i had to anticipate where he'd land next.
think like the bluebird... 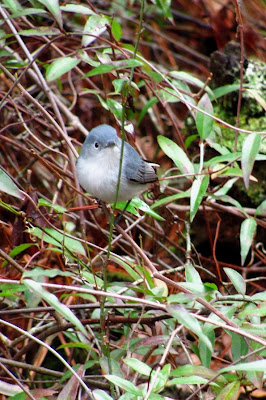 i've never seen these bluebirds in our yard before.
guess i was also lucky enough to have been out back at the same time he was...
= = =
in my previous posted a picture of the little daffodils blooming right now!
i wanted to mention that the purple lantana has been blooming all winter long! 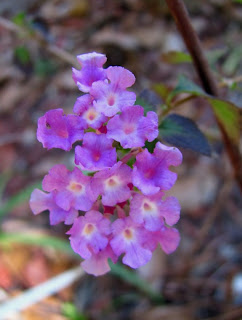 and here's another plant that has a flower right now...
not sure what it is...but i have them growing all over the place.
this is the only one with flowers right now. 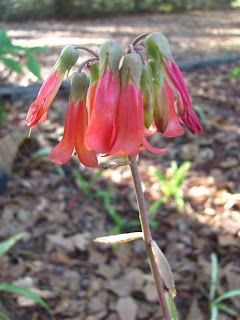 "Flowers always make people better, happier and more helpful;
they are sunshine, food and medicine to the soul."
~Luther Burbank
= = =
the University of Florida has agriculture fields
scattered all over town and the surrounding area.
while driving past one of their cattle fields last week...
i saw there were hundreds of Sandhill Cranes hanging out...
making a stop over...to where ever they were headed... 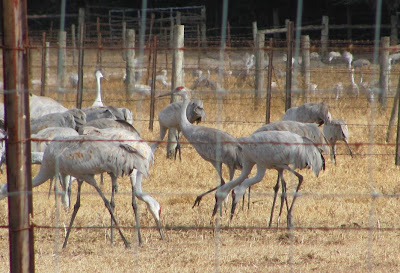 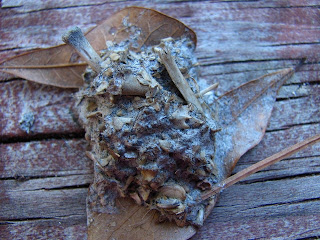 (see the tiny bones sticking out of it??!!)
and i  have 2 skulls - a deer and that cat skull we found in the field...
along with a partial deer lower jawbone -
sun drying after being cleaned & sanitized. 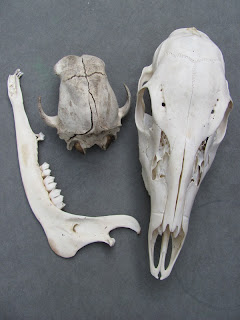 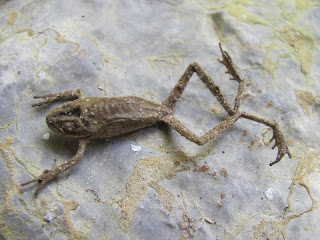 yep...a little dead frog!
rotting away.
skeletonizing.
(guess that's not a word...sounds good though)
sam found it in the shed...and thought of me!
and it wasn't even my birthday...or valentine's day! :))
"The question is not what you look at, but what you see."
~David Thoreau
= = =
...the warmer weather...
is starting to bring some of the critters out from hiding...
like this (nocturnal) orb weaver on the front porch! 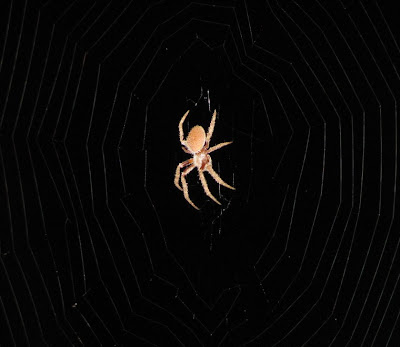 (sorry...i'm just not good at night pic's...i have to practice...)
= = =
then...finally...with hump day behind us...
we decided to take off and go camping thursday & friday night.
all this NOT working ...having such a slow work week was stressing me out.
so we quickly packed up...grabbed milo...
and headed to lake lochloosa. only 45 min away.
de-stress.  fish.  relax.  unwind.
i took some really cool pictures of sunsets, full moon, bald eagles,
herons, seagulls, wood storks...
next time.
=
stay cool. take it easy. be safe. 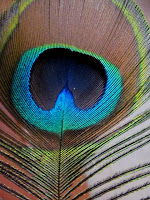 :] laura
We are what we believe we are.
~C.S. Lewis
Posted by laurak/ForestWalkArt :)