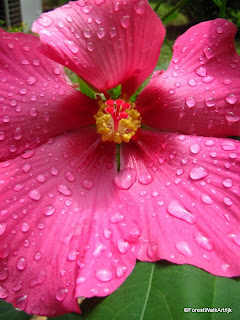 (gladiola)
remember my client...the one who was in an abusive relationship...
had i mentioned that he has cancer? he's been a client of mine for 7 years...
and i've been seeing him twice a month for all that time.
i care about him alot. he was in the hospital for a week. his cancer has metasticized.
i took him back to his ap't from the hospital...
and the next day he was taken to a Hospice Care Center.
he's there now. he has no family here.
i've been running myself ragged trying to do all i can for him.
besides feeling sad for all he has gone through...
it also brings back all the emotional stuff i carry...
over the loss of my mom, dad, sister and brother...
who each one (except mother) lost their battle to cancer. 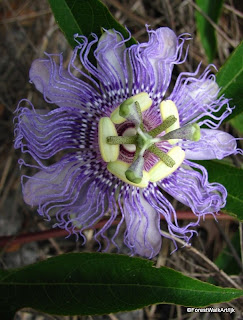 (passion flower)
a couple of months ago i had picked up some new clients.
they live in group homes...and are all diagnosed with Cerebral Palsy.
the company that owns the group homes i go to, owns six group homes.
in one of them (not one of the homes i go to), they suffered a horrific abuse incident.
following that...the state revoked their license and they had to close all their group homes.
my clients had to find new homes. their lives were sent into turmoil.
i don't even know where some of them have moved to. 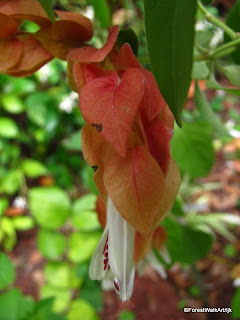 (shrimp plant)
some months back...while eating dinner...i bit my lower lip.
OUCH!
actually, it was more than just a bite. i gouged the (shit) out of it.
and each time it started to heal...i bit it again. and again. and so on.
it became a never ending cycle.
i've tried herbs, vitamin e...
but nothing will help to get rid of this now permanent scar tissue on my lip!
between my tongue and teeth...i just can't leave it alone!
so...i fought my fear of doctors...and finally sat down with the phone book...
and made some calls. Dentists. Oral Surgeons. i was told i need to see a
Plastic Surgeon since the lip is a very sensitive part of the body.
last friday i had a consult with one. he looked at it...said he could take care of it...
and then proceeded to tell me that after he removed it, it would  be sent off for a biopsy.
a biopsy?
but it all began by biting my lip!
then the Dr starts telling me...if the results come back showing anything i should be
concerned about...he'll refer me to another Dr.
so here i go again. worry...and no insurance...
thinking of my brother & sister...even though my brother & i were adopted...
maybe it was something in the water??
i'm good at driving myself crazy. thinking too much.
so, this coming friday, i'm scheduled for in office surgery. 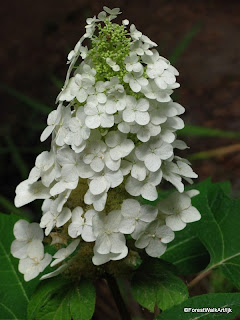 (oak leaf hydrangea)
two days before my consult with the Plastic Surgeon...
as i'm driving down the road...munching on some trail mix...
i bit down on something HARD! like a stone! then i felt TWO hard things in my mouth.
i separated them with my tongue...spit them out...one was like a little rock...
the other was part of one of my TEETH!!!
damn!
when it rains...it pours.
have i mentioned that i have an abnormal FEAR of Dentists?
it all stems from when my mother wouldn't let the Dentist
use novocaine on us kids. YEP!  he drilled our teeth with NO numbing agent.
he would tell us to raise our hand when it started to hurt...and he'd stop.
but  he didn't.
have you ever seen that movie...with Dustin Hoffman..."Marathon Man"?
where he's tortured by getting his teeth drilled?
"Is it safe?"
when i go to the dentist...i go in a state of FEAR.
fright...flight...
i sit there shaking...and crying.
one thing at a time.
first my lip...
then find a dentist that will knock me out to do whatever he has to do! 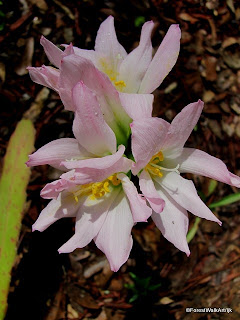 (rain lilies)
ONE funny thing...
while looking up Dr's in the phone book...
i came across this advertisement: 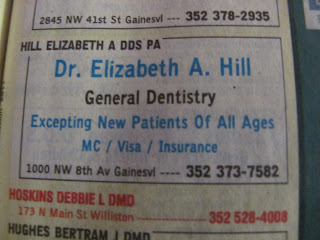 i sure hope the Dentist herself...didn't send in the Ad!
unless of course...she's saying that she does General Dentistry
EXCEPT for New Patients of All Ages.
so what kind of dentistry does she do for new patients?
never mind. i don't wanna know.
i'm pretty sure she's ACCEPTING new patients!
not me though.
I try to take one day at a time, but sometimes several days attack me at once.
~Jennifer Yane
ok. so now you know what's been going on with me.
i haven't been getting on the computer much.
been staying away from FB.
not been doing any reading of blogs.  and only checking emails every so often.
my motivation has been pretty much...zilch! 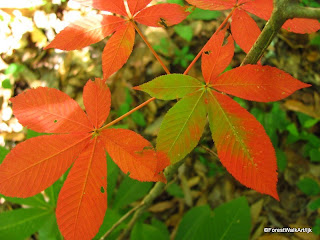 (leaves of the Buckeye plant)
For fast-acting relief, try slowing down.
~Lily Tomlin
last weekend sam and i took off for a spur of the moment get-away.
we went camping at O'Leno State Pk...not a far drive from here.
it was nice.
i...sort of...pushed into the recesses of my mind...all that's been bothering me.
between the hiking...ticks...deer...rabbits...ticks...alligators...turtles...
and the plucking off of more ticks...
i temporarily set aside my worries.
until i bit my lip while eating.  :\
oh well...maybe after i get this damn scar tissue removed on friday...
i'll be on the road to recovery...and start catching up on all my reading here...
working on getting new clients...find a gentle dentist...
and pace myself when it comes to my client/friend in Hospice.
here's a preview of O'Leno State Pk. 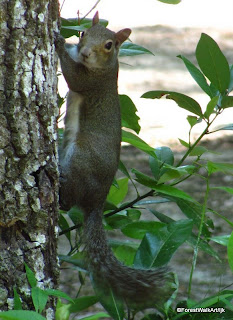 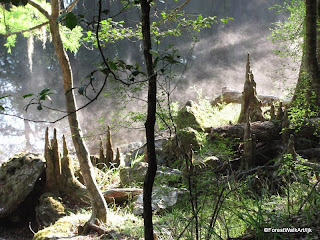 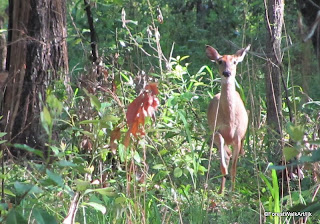 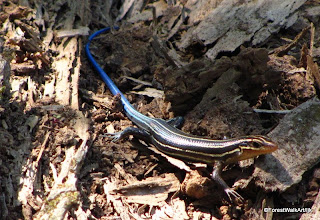 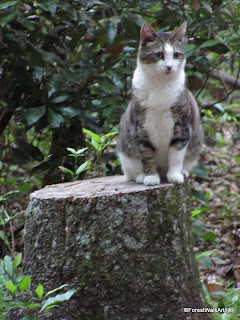 (milo had a stress-free weekend)
more to come next time...
so...i'll be back. shortly. and catch up with everyone and everything.
in the meantime. stay cool.
have a safe journey & enjoy the ride.
:]  laura
Don't underestimate the value of Doing Nothing,
of just going along, listening to all the things you can't hear,
and not bothering.
~Pooh's Little Instruction Book, inspired by A.A. Milne
...i'm trying...i'm hanging in there...
Posted by laurak/ForestWalkArt :)